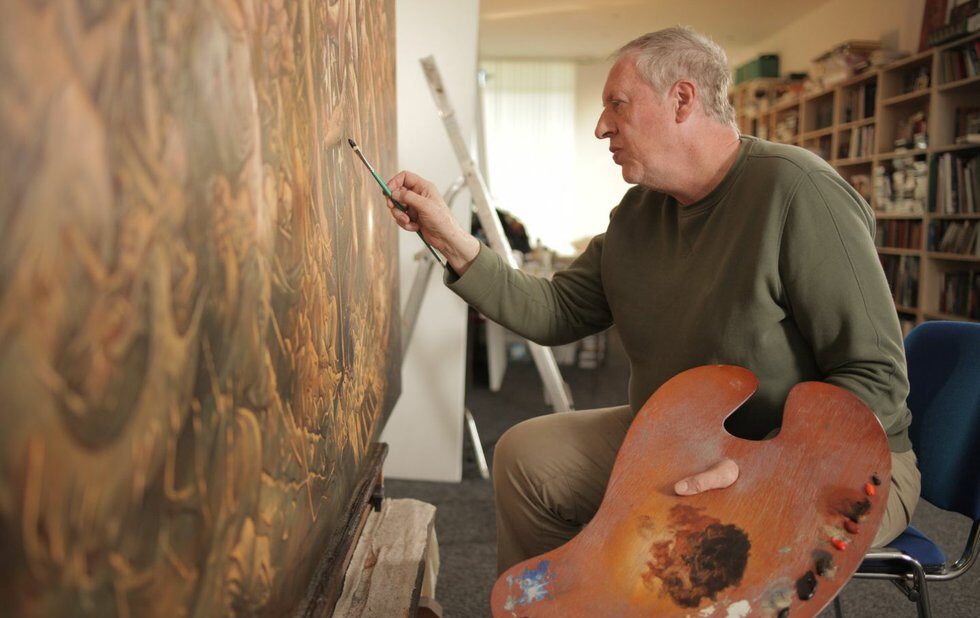 Prophecy is a record of the creation of a single oil painting, from the stretching of the canvas to its ultimate exhibition and sale, by the Scots artist Peter Howson. Director Charlie Paul and producer Lucy Paul previously made the charming Ralph Steadman profile For No Good Reason, and they understand the value of just staying out of their subject’s way as he works. This work is darker, and so is the film’s aesthetic, but the search for insight is the same.

Much of Prophecy is simply footage of Howson in his Glasgow studio, explaining his influences and his vision in voice-over. There are chattier segments about his relationship with his daughter Lucie, his fondness for his dogs and his image of himself as a jobbing craftsman rather than an internationally renowned talent, but that’s all secondary to the creation of the new thing, which the Pauls capture in all of its intuitive, confounding intensity.