Hot Docs review: Queercore: How To Punk A Revolution 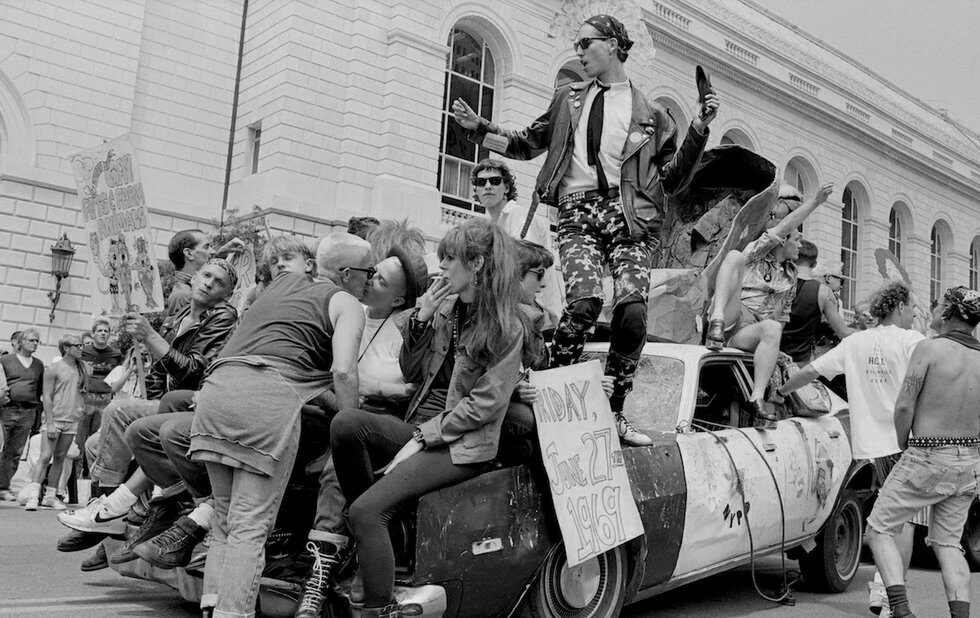 This efficient overview of queercore – a punk response to patriarchy and gay conformism in the 80s – charts how a small group of oppositional LGBT artists in Toronto eventually influenced aspects of the U.S. rock ’n’ roll mainstream.

If you’ve seen Scott Treleaven’s Queercore (A Punk-u-mentary) or Kevin Hegge’s She Said Boom: The Story Of Fifth Column, not a lot will be new here. Bruce LaBruce, G.B. Jones, Kathleen Hanna and others supply wit and context, but a token John Waters appearance adds absolutely nothing.

It’s interesting to think about the endurance of queercore’s politics, but director Yony Leyser is less interested in exploring how these artists evolved than where they came from. As such, the most fascinating figure is Lynn Breedlove, singer for raunchy San Fran dyke band Tribe 8. The band’s performance footage is bonkers and she adds emotion, complexity and honesty that’s missing from other interviews.