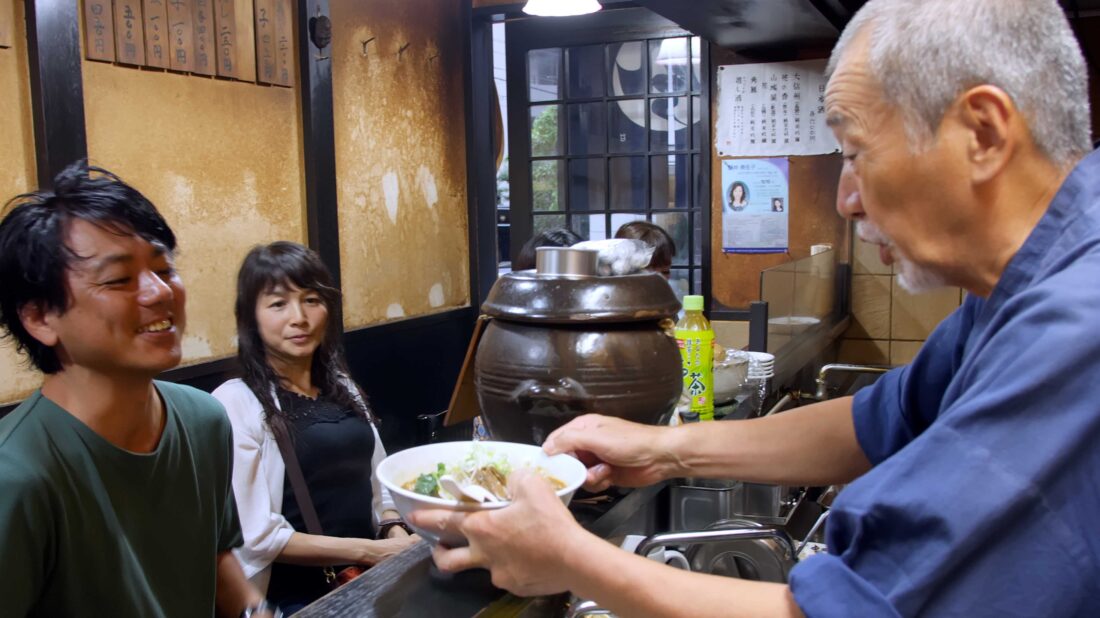 Daschbach’s gentle look at a year in the life of Bizentei, a tiny Tokyo ramen bar where veteran chef Masamoto Ueda prepares exquisite comfort food for his loyal clientele, exists on the other end of the documentary scale from something like Jiro Dreams Of Sushi. Where David Gelb’s 2011 doc was exquisite and manicured, Come Back Anytime is messy and casual, with conversation spilling into the kitchen as Ueda does his thing.

And though the meals are indeed mouth-watering, they’re not Daschbach’s focus; he’s more interested in the community that Ueda has built with his little restaurant. His patrons use Bizentei to socialize, join Ueda for weekend trips to pick mountain yams and pears, and worry about his decision to simply close it up when he retires: what will they do without him? Filming was completed before the pandemic, which lets Come Back Anytime end on a melancholy note of uncertainty… and lets us all imagine some alternate timeline where Bizentei is carrying on just fine.