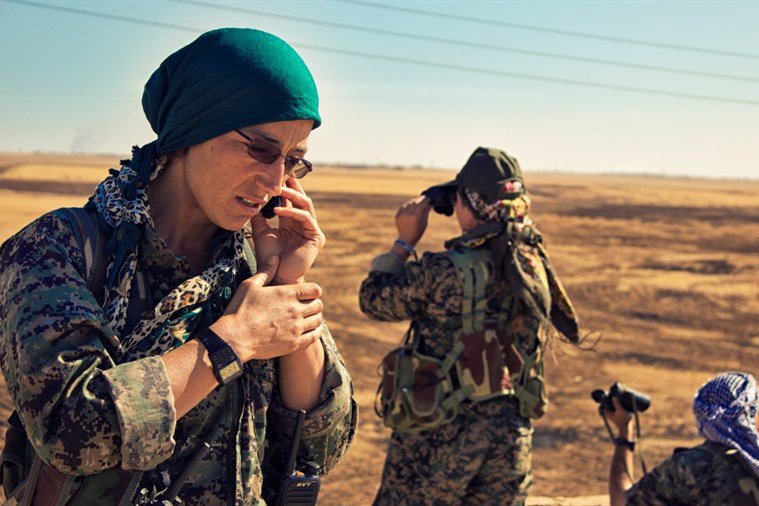 Alba Sotorra’s look at the Kurdish resistance in Syria follows Arian Afrin, a commander in the Women’s Protection Unit (YPJ) in her fight against ISIS – which leads to her taking five bullets in an ambush in 2015.

That’s just the starting point of Commander Arian, which weaves footage of Arian’s painful recovery through a two-year span of time, climaxing in the spring of 2017 as her YPJ unit joins an operation to liberate the city of Kobane from an ISIS siege.

We see her as a resourceful soldier and an even better leader of women, making sure everyone under her command knows they’re all fighting for so much more than literal liberation. And this isn’t just a war story: Sotorra catches some wonderful human moments between Arian and her comrades in arms, which helps to break up the tense battle footage.