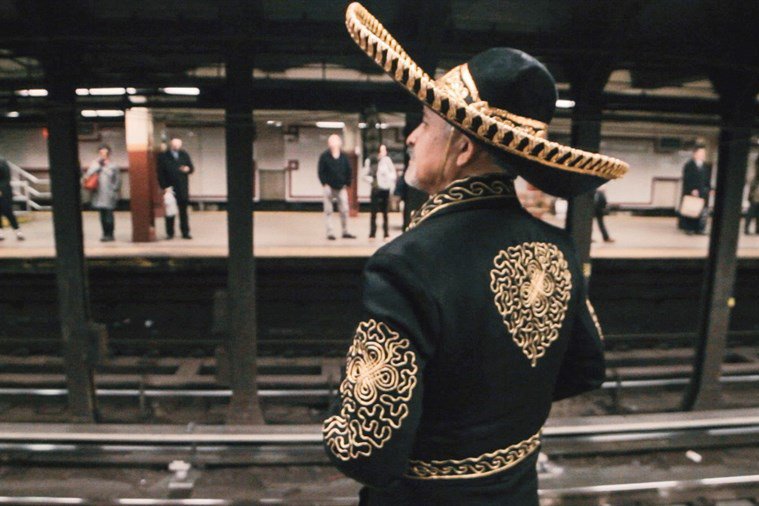 I’m Leaving Now tells the story of a man whose life is in stasis: Felipe Hernández is a Mexican citizen who’s lived in America for 16 years, doing odd jobs to send money home to his family.

Finally, he’s ready to leave New York City and return to his wife and the teenage son he hasn’t seen since he left – except that he keeps putting off the trip.

Directors Lindsey Cordero and Armando Croda want to investigate Felipe’s conflicted soul – which he does his best to repress for their cameras, affecting a happy-go-lucky attitude and only revealing himself in moments when we see him trying to start a romantic relationship with a woman who doesn’t seem terribly thrilled at the prospect.

That conflict – especially in the context of Felipe’s tearful phone calls home – gives I’m Leaving Now a strong emotional current, which the filmmakers muddy with dramatizations and stylized shots that snap us out of the moment. The ground-level realism is much more effective.