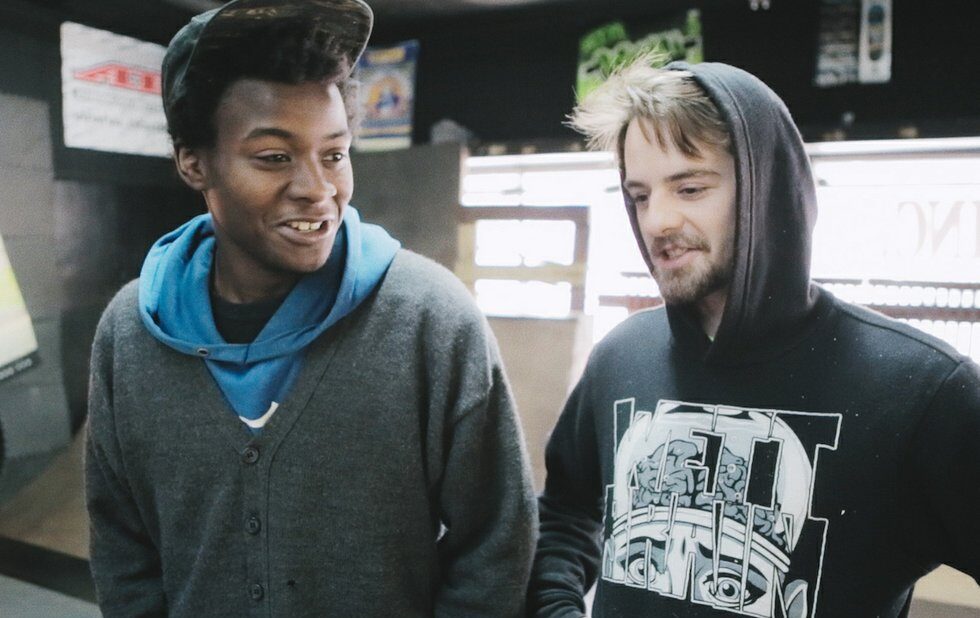 Bing Lius feature debut is expansive in scope and personal in execution. Born out of a love of skateboarding videos, the film tells the story of Liu and two teenage friends Keire Johnson and Zack Mulligan who are grappling with what it means to be men in economically depressed Rockford, Illinois.

Each is obsessed with skateboarding, which provides an escape from less-than-stellar situations at home. Liu opens the doc with a montage of skate footage and boys having fun. The sweetness of these scenes and the friends candour and emotional openness is amplified by beautiful and probing camerawork. The director instantly draws you in, but soon it becomes clear that skateboarding is an outlet for a lot of anger. As they enter their 20s, Mulligan becomes a young father but resists growing up Johnson struggles to gain financial stability. Fraught relationships with fathers cast a long shadow over both.

Minding The Gap isnt exactly a memoir, but Liu establishes himself as a character, so the audience is constantly reminded that the characters are aware of the camera. As the story takes darker twists and turns, and Liu turns the lens on his own family, the stakes are not just about who will do the right thing, but how the young director will handle upsetting situations and complex emotions that bubble to the surface. In one gut-wrenching scene, he confronts his mother on camera about his abusive stepfather. Skateboarding is a form of catharsis and so is filmmaking.