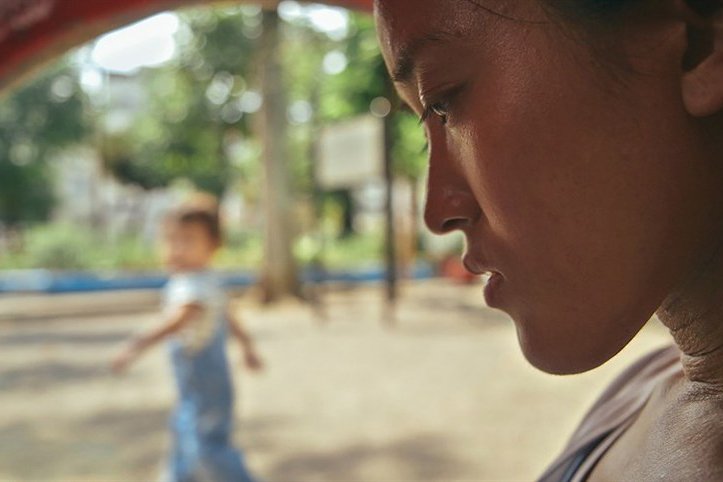 The latest documentary about people with electromagnetic hypersensitivity (after last year’s The Quiet Zone) looks at the phenomenon from the perspective of three people struggling to minimize their exposure to electromagnetic fields, largely represented here as cell coverage and WiFi. In an era of global coverage, how does one live away from the literal grid?

Ubiquity explores that question through the lives of three people – a young woman out to stop the proliferation of digital electricity meters in Japan, a wife and mother in the Netherlands obsessed with cell towers and a middle-aged Swedish man who’s retreated to a cabin in the countryside and insists on being filmed with a mechanical camera rather than digital equipment.

Director Bregtje van der Haak (Satellite Queens, DNA Dreams) isn’t out to challenge her subjects or explore the science behind their conditions she wants us to understand what it’s like to live their lives, occasionally deploying high-pitched sound effects or fragmented editing to that end.

The use of Facebook’s Mark Zuckerberg as an avatar of connectivity doesn’t land as well as it might have a few months ago, and a last-minute shift into advocacy doesn’t work at all. But in its quieter moments, when it glimpses a world slowly being overtaken by cables and circuitry, Ubiquity gets at something unsettling about the way we live now.