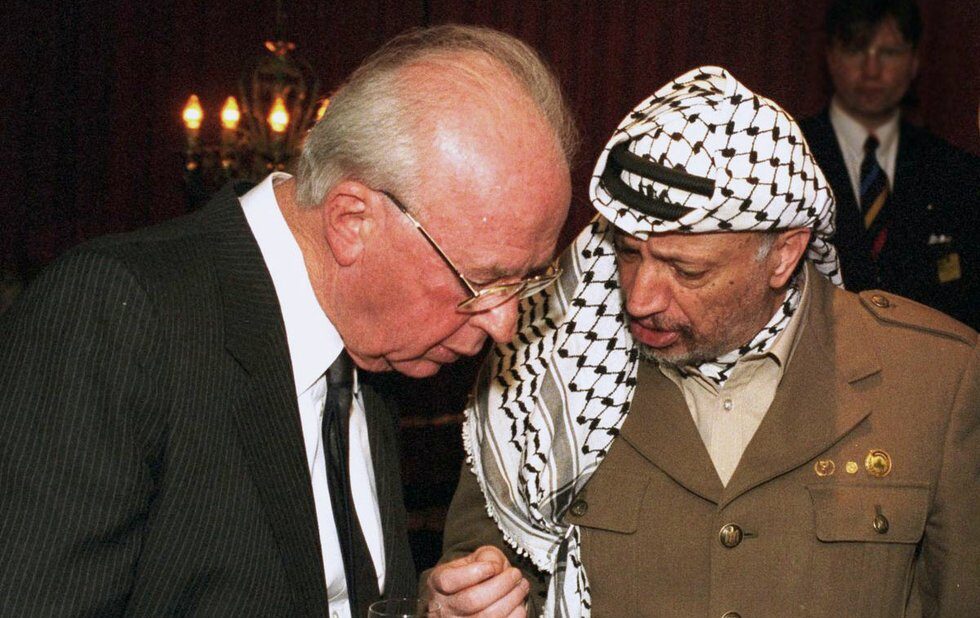 In 1993 the Palestinians and the Israelis made a peace agreement in the midst of unbearable tensions between the two peoples. This pic traces the process of negotiators arguing, agonizing and finally crafting a deal.

Extremists on both sides couldn’t bear it. At the mammoth rally celebrating the pact, Yitzhak Rabin was assassinated by extremist right-wing Zionists and demoralized Israeli leaders withdrew from the agreement.

Three essential points emerge. Talking leads to enemies discovering one another’s humanity. Nobel Peace Prize winner Rabin was an exceptional leader who stood up to Israel’s settlers and condemned Israeli violence against Palestinians. Benjamin Netanyahu, the leader of the opposition party Likud – who egged on his supporters who were screaming “Death to Rabin” – has blood on his hands.

He’s now Israel’s prime minister. How close they came to peace, how far away that goal seems now.