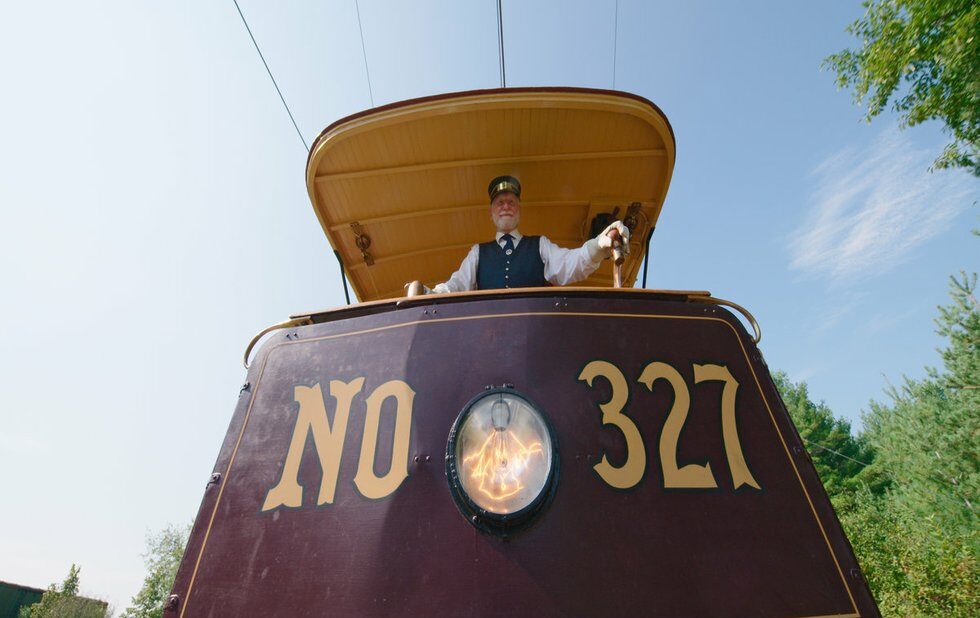 The Trolley celebrates the humble streetcar, charting its adoption in the early 20th century, its diminishment in American cities as car culture swept the nation in the years after the Second World War, and its return to prominence in the present, as European and North American cities alike begin to adopt rights-of-way for public transit.

The project’s shooting title was The Trolley That Saved The World, which should give you a sense of the relentlessly upbeat approach applied by veteran IMAX director Stephen Low (Titanica, Legends Of Flight), who wants to tell the story of a feisty, environmentally friendly technology that survived an all-out assault by the evil forces of Big Car.

It’s aimed squarely at children, with plenty of footage of kids beaming as they ride the TTC’s Red Rocket, and the result is a movie that seems more suited for a transportation museum than a documentary festival – which may be why Hot Docs is screening it as a special free event at Cinesphere rather than as part of the festival proper. Tickets are available at the Hot Docs box office on a first-come, first-served basis.