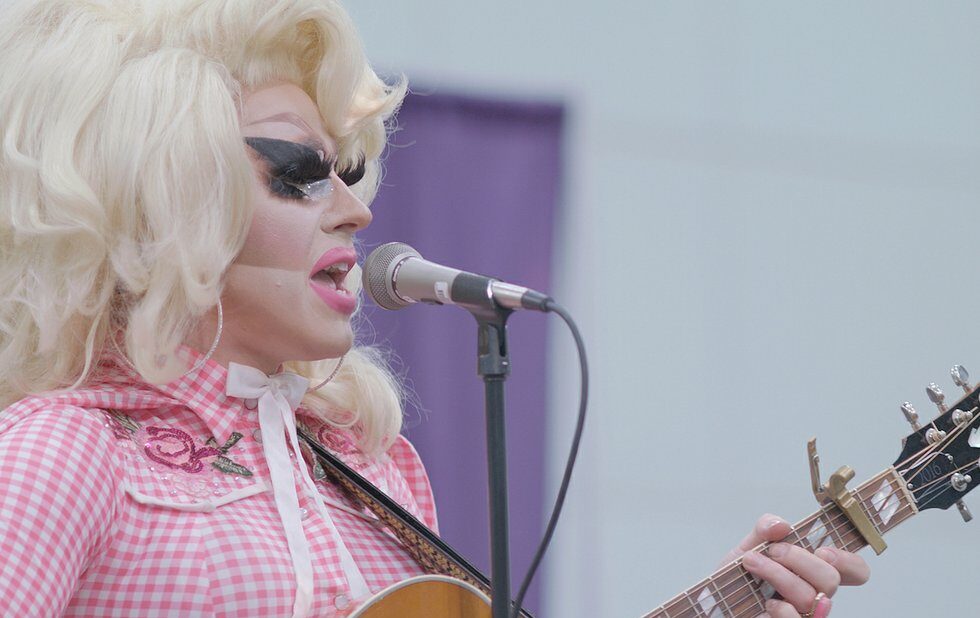 The reality series RuPaul’s Drag Race has produced its own star system, with popular contestants amassing huge followings and selling-out thousand-plus seat venues. Trixie Mattel is one of the biggest, so there will be a built-in audience for this doc about a difficult but successful year in the folk musician drag queen’s life.

The drag alter ego of Milwaukee’s Brian Firkus was a failure during her initial run on Drag Race, but went on to star in a cult talk show with fellow Drag Race alum Katya Zamolodchikova (aka Brian McCook). In a tense and compelling sequence that sets the tone for the doc, McCook has a breakdown on the set of the show and Firkus is initially angry – what will Katya leaving mean for her career? – but soon feels guilty.

McCook’s absence nags at Firkus as he attempts to carve out an identity for Trixie separate from Katya by recording a country album, going on a European tour and returning to the Drag Race fold in the third season of All Stars. Though Drag Race is notorious for goading contestants into spilling childhood trauma on screen, Moving Parts shows how drag is simultaneously a kind of armour from emotion but also a way to feel free from insecurity.

Zeig-Owens conveys this seeming contradiction through an intimate vérité style, but his articulate and witty subject only opens up to a point. Despite setting up intriguing dramatic tension, the director fails to build to a satisfying emotional pay-off and doesn’t dig too deeply into Firkus’s personal relationships – including his friendship with McCook – or seemingly distant family relationships. Though we spend a lot of time in dressing rooms, we get a strong sense of what Trixie’s touring show is like beyond a couple brief-but-entertaining sequences.

Moving Parts is full of funny and heartfelt moments and succeeds in making one of Drag Race’s pricklier-seeming queens more likeable, but it’s most interesting as an unglamorous peek into the Drag Race Industrial Complex.