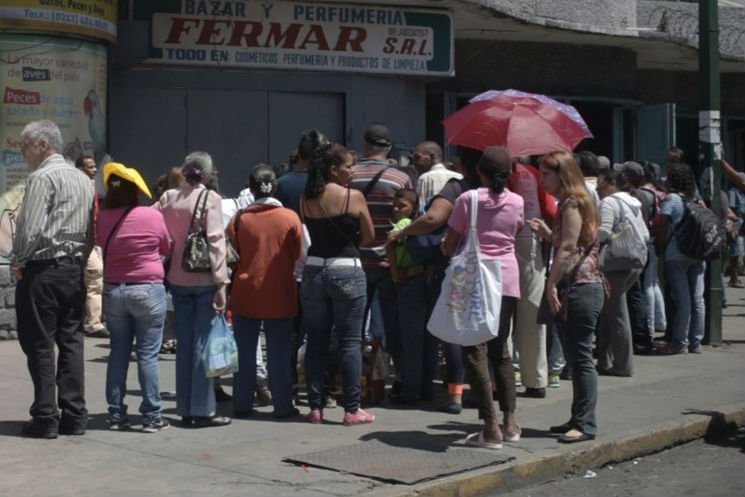 Director Margarita Cadenas delivers more or less what the title promises, exploring that country’s slow-motion collapse through the stories of five women trying to survive it.

We get to know a nurse working with limited supplies a community manager trying to distribute goods (mainly diapers) to the people who need them most an unemployed young woman who spends most of her time lining up at shops a retired police officer who takes care of her grandson and a server whose home was invaded by police in a horrific procedural error.

Cadenas lets the women speak for themselves, supplementing their testimony with clandestine video footage that gives the lie to the government line that everything is fine, resources are plentiful and the country isn’t in trouble.

It’s effective until you catch on to Cadenas’s tendency to hold her camera on her subjects until they break down in tears – a habit that becomes more troubling as the film goes on. Yes, people cry when telling painful stories… but Women Of The Venezuelan Chaos leans into that in a way that borders on emotional sadism, and I’m not sure it was entirely necessary.