NOW MagazineMovies & TVReviewsTV review: I Am Not Okay With This puts a fresh spin on teen rage

TV review: I Am Not Okay With This puts a fresh spin on teen rage 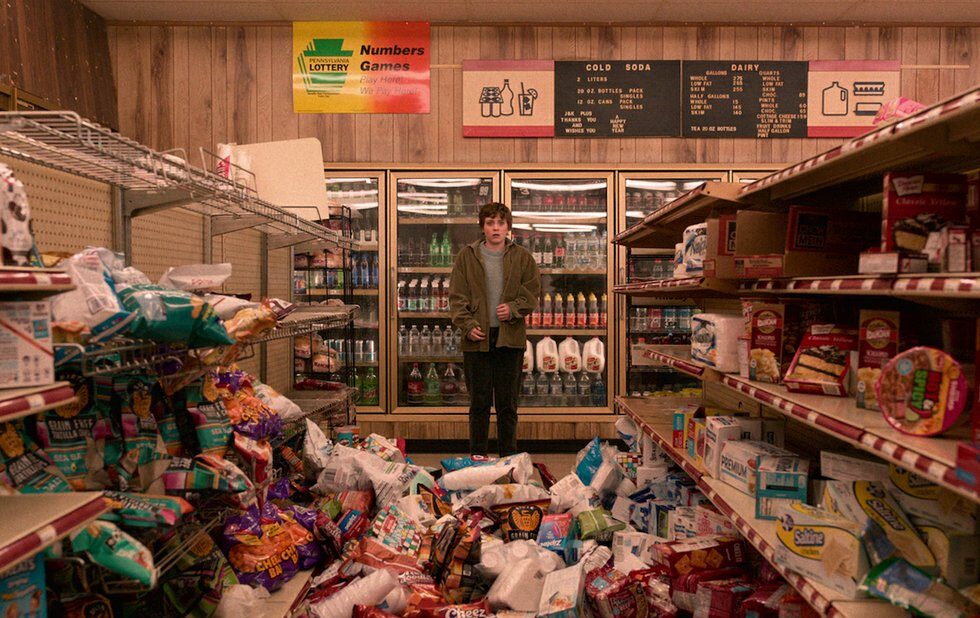 I AM NOT OKAY WITH THIS (Jonathan Entwistle, Christy Hall). All seven episodes streaming on Netflix Canada on Friday (February 28). Rating: NNNN

If you let the Netflix algorithm produce a series on its own, the result might look a lot like I Am Not Okay With This. That’s not necessarily a knock at the show, which reshuffles existing elements of the current teens-and-genre boom into a new package.

So, if you enjoyed The End Of The F***ing World, Stranger Things and the recent adaptation of Stephen King’s It – as well as Stephen King’s stuff in general (which Stranger Things tends to lean on pretty heavily as well) – here is a new show offering all of those things in one package, carried by an actor who seems incapable of giving an uninteresting performance.

I Am Not Okay With This is based on another of Charles Forsman’s graphic novels about youth in revolt, and it’s adapted by the same producer/director, Jonathan Entwistle, who launched The End Of The F***ing World. Stranger Things producers Shawn Levy and Dan Cohen are also on board here, presumably to help with the King-adjacent material.

Like Entwistle’s previous series, I Am Not Okay With This employs a stark visual aesthetic to put us in the headspace of its narrator, who is very angry at the world… angry enough to do something terrible.

And maybe she’s already done it: when we first meet Sophia Lillis’s Syd, she’s marching down a deserted street, drenched in what sure looks like blood, her eyes wild with either fury or terror. It’s an image straight out of King’s Carrie and, as it turns out, that’s a pretty good point of comparison.

The show is also about an awkward teenage girl discovering that she has unnatural abilities, but that’s more or less where the parallels end: Syd may be withdrawn and hostile, but she has good reason: she hasn’t gotten over her father’s death a year earlier, and her grief and anger have calcified into a sort of armour.

Tasked with keeping a diary by a well-meaning guidance counsellor, she pours her feelings onto its pages, and also uses it to keep track of the way her rage has started to express itself in waves of psychokinetic destruction.

Syd also has a support system, if she could get outside herself long enough to acknowledge it: her mom Maggie (Kathleen Rose Perkins), her little brother Liam (Aidan Wojtak-Hissong) and her best friend Dina (Sofia Bryant), to whom Syd might also be more than a little attracted. Not that Dina would notice, since she’s spending all her time with jerk jock Brad (Richard Ellis). This being a postmodern genre series, there’s also Stanley (Wyatt Oleff), the requisite nerdy neighbour kid who knows more about nascent superpowers than our hero does.

Lillis and Oleff have worked together before, as Bev Marsh and Stanley Uris in Andy Muschietti’s It movies they both understand how to ground fantastical events in an emotional reality, which is essential to making us care about what happens next. And Lillis, who hinted at otherworldly range in Osgood Perkins’s Gretel & Hansel last month, is tremendously good here, playing Syd as a confused, angry young woman who’s both impressed by her own power and terrified of its potential. Entwistle’s visual approach literally puts Lillis at the centre of the show, and she carries it with ease.

She’s also quietly great in her scenes with Bryant, where she puts volumes into Syd’s hesitations and restlessness in Dina’s presence. There’s a version of this show that works perfectly well without any paranormal elements, and just focuses on Syd figuring out who she is and what she wants. I’d watch that show, too.

But there’s more than one moment when I Am Not Okay With This doesn’t seem to want to be a show at all the seven very short episodes amount to just under two and a half hours – and their stop-and-start rhythm seems to work against the story’s bubbling energy.

There’s a two-hour movie in here that would present the material in a straight line, and probably be a lot more satisfying. Of course, that version would get Netflix just one click rather than seven. Such is the world we live in.