NOW MagazineMovies & TVReviewsReview: If Beale Street Could Talk is a worthy follow-up to Oscar-winning Moonlight

Review: If Beale Street Could Talk is a worthy follow-up to Oscar-winning Moonlight 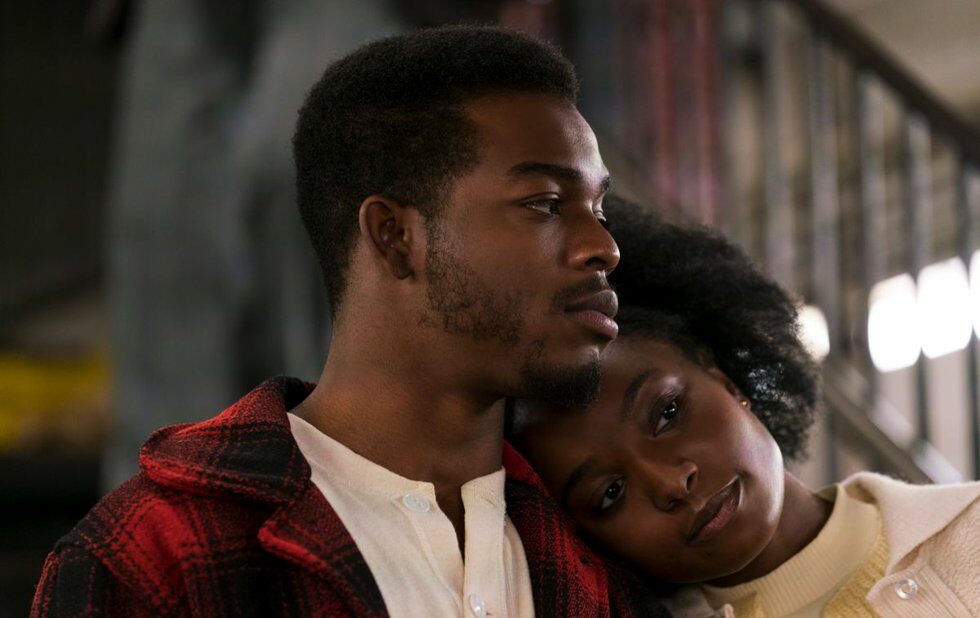 Trading rapture for realism but still retaining his essential empathy, writer/director Barry Jenkins follows Moonlight with an adaptation of James Baldwin’s 1974 novel of love and dignity in the face of systemic racism.

If Beale Street Could Talk doesn’t offer the ecstatic highs of Moonlight, which confused a few people when it premiered at TIFF it’s just not that kind of movie. If anything it’s closer to Jenkins’s first feature, 2008’s Medicine For Melancholy, in its confident observation of two people moving through the world together – and apart.

In the 70s Harlem of Baldwin’s text, childhood soulmates Tish (KiKi Layne) and Fonny (Stephan James) have barely realized they’re in love before Fonny is arrested and sent to prison on an almost certainly falsified rape charge, leaving her pregnant with his child and rallying both their families to bring him home.

As in the novel, the action unfolds from Tish’s perspective once Fonny goes to jail we only see him when she does. But Jenkins also flashes back to their attempts to plan a life together, letting us see their pure and genuine romance from the inside out – and showing us how almost everything else in their lives is designed as an obstacle to their happiness.

It’s not just the casual racism of the era, but the way decades of oppression have poisoned their families and their community – all captured in passing by James Laxton’s camera as details in their world. Tish and Fonny’s tenderness feels like an oasis.

The unknown Layne is electric as a young woman determined not to crumble in the face of a system that’s indifferent at best and cruel at worst she’s well-paired with the soulful, vulnerable James, who gets to show a very different side of himself as Fonny than he did in the recent Amazon series Homecoming.

Jenkins surrounds them with a top-flight ensemble, including Colman Domingo, Aunjanue Ellis, Diego Luna and Dave Franco Brian Tyree Henry and Michael Beach turn up for brief, vivid moments, and Regina King is magnificent throughout as Tish’s mother Sharon, who’s fully conscious of the world in which her more idealistic daughter is moving and thus well aware of the crushing odds the family faces.

Beale Street is far more of an ensemble piece than either of Jenkins’s previous features, but he gives almost every character his or her due. Only the antagonistic police officer (Ed Skrein) who arrests Fonny is rendered in fewer than three dimensions, but that’s because we see him as Fonny and Tish do.

So maybe If Beale Street Could Talk doesn’t have the immediate, intimate power of Moonlight. But in the end, it feels just as accomplished. It’s got a weight to it.

Given the way Moonlight fared with the Academy – scoring eight nominations and winning supporting actor, adapted screenplay and picture – I wouldn’t be surprised to see Beale Street up for every nomination it can get: picture, director, adapted screenplay, cinematography, film editing, art direction, score. And though the acting categories will be crowded this year, Layne and King could each have a shot at lead and supporting nods. Here’s hoping, anyway.