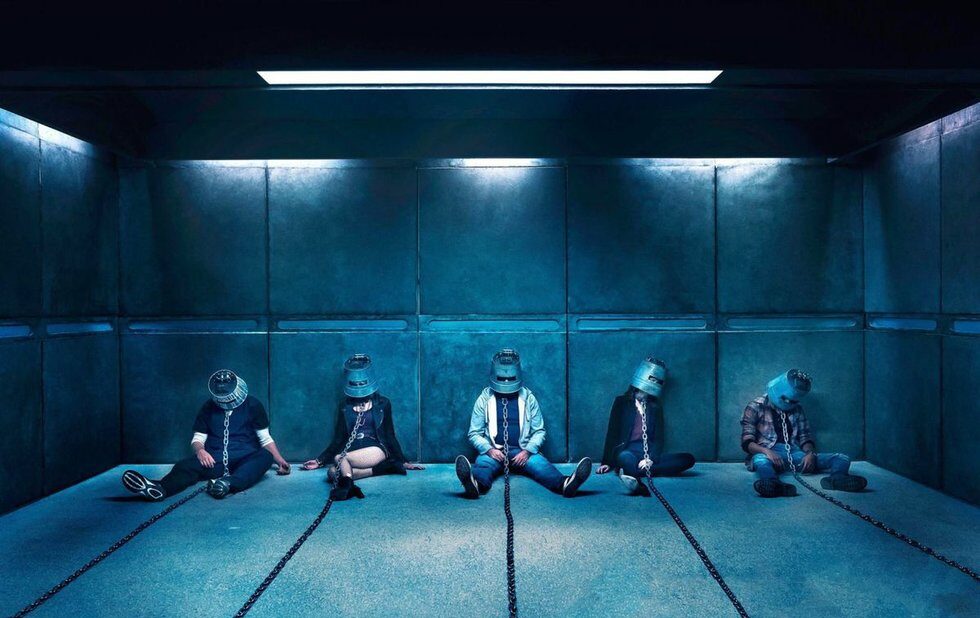 If the sound of Tobin Bell intoning half-baked profundities about morality and confession makes your heart go all fluttery, well, here you go again. Jigsaw’s back, and this time they named the movie after him.

Arriving seven years after Saw 3D (aka The Final Chapter), Jigsaw doesn’t reboot or reconfigure the Saw franchise at all it merely starts the torture up anew, rolling out exactly the same tricks for an eighth go-round of grotty death traps, moralistic speeches and last-minute revelations that require near-total retcons of the existing mythology.

Once again, a group of strangers (Laura Vandervoort, Paul Braunstein, Mandela Van Peebles and Brittany Allen) is put through an elaborate series of games designed to make them confess their darkest secrets once again, a dedicated cop (Callum Keith Rennie) races to find the location of Jigsaw’s lair while a coroner (Logan Nelson) and his assistant (Hannah Emily Anderson) decipher elaborate clues.

There’s blood and flesh and screaming and exactly one joke honestly, screenwriters Pete Goldfinger and Josh Stolberg have done an excellent job of replicating the joyless grind of the franchise, just as directors Michael and Peter Spierig have set aside the gleeful tone of Undead and the mordant wit of Daybreakers to faithfully render the series’ grotty, Toronto-soundstage aesthetic.

Look, if you enjoyed the previous installments, you’ll like this one too it’s designed to be precisely the same experience. This is not an endorsement.