Review: Incredibles 2 could have flown much higher 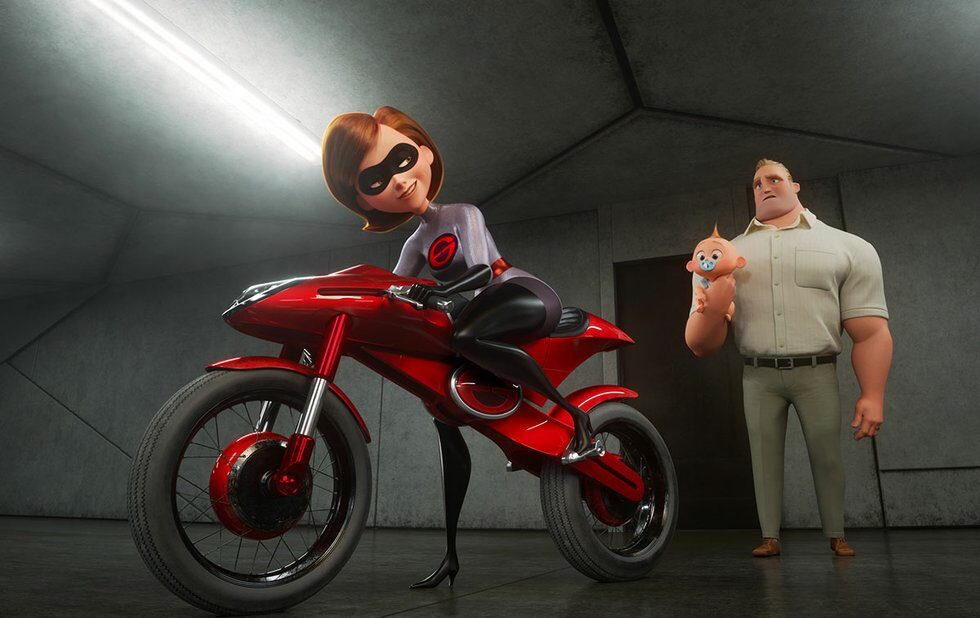 When Pixar released The Incredibles in the fall of 2004, superhero movies were an occasional novelty you’d maybe get an X-Men picture here or there, and the Blade trilogy was just wrapping up, but that was it.

Fourteen years later, Incredibles 2 lands in a world where superheroes are the dominant force in American cinema… but you wouldn’t know it from the way writer/director Brad Bird picks up precisely where he left off, and proceeds to do exactly the same thing all over again.

There are slight variations, I guess. This time it’s Holly Hunter’s Elastigirl who goes off adventuring at the behest of an enigmatic benefactor, while Craig T. Nelson’s Mr. Incredible stays home to care for Violet (Sarah Vowell), Dash (Huck Milner, replacing Spencer Fox) and baby Jack-Jack. Eventually, a menace emerges that forces the family to unite to save not just each other, but all supers, leading to a spectacular confrontation.

It’s possible to read this as writer/director Bird’s commentary on the sameness of superhero movies (with the additional tweak of the passage of time being irrelevant, since his animated characters don’t even age), but if it was a conscious choice the movie doesn’t do enough with it, simply restaging the stuff that worked the first time around – a visit to Edna Mode’s showroom, a quick glimpse of Frozone rushing out on his wife to fight crime – in a slightly different context.

Given that the original movie plays on multiple levels as a matter of course (as do all of Bird’s other films, up to and including the unfairly maligned Tomorrowland), it’s odd that Incredibles 2 doesn’t really comment on its cannibalistic tendencies, saving its meta moments for the villain, a techno-hypnotic menace known as the Screen Slaver, who attacks people through their TVs.

That said, the familiar stuff still works, the Screen Slaver’s costume and M.O. is genuinely creepy, the idiosyncratic production design is eye-popping and the voice cast remains delightful. (Nelson and Hunter should work together in everything, honestly, and Catherine Keener and Sophia Bush are marvellous additions to the roster.)

I had a good time watching Incredibles 2. It’s nice to see these characters again, and their heroics are executed with flair by Bird and the Pixar animation team. It satisfies on the most basic level – but you’ll be left wondering why it didn’t go any further.