Inside Out review: Dykes In The Streets 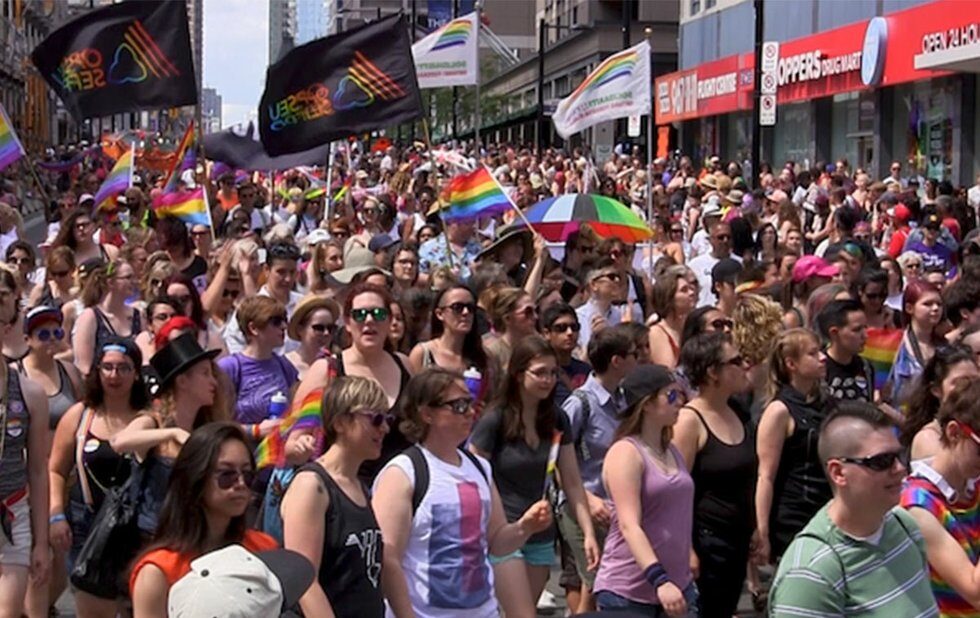 Lesbian invisibility has been a painful fact of life for dyke activists. Almerinda Travassos helps remedy the situation with this inspiring film.

An essential archivist for decades, Travassos carted her camera to dyke demonstrations whenever she could. When Lesbians Against the Right launched the first dyke street demonstration in 1981, Travassos tracked the passion – and the fear – of activists facing unprecedented hostility.

When Gay Pride became Lesbian and Gay Pride 10 years later, Travassos caught up with activists comparing the scene in 1991 with 1981. In 1996, at the first Pride Dyke March, she checked in again with key activists, and then shot Black Lives Matter at Pride in 2016.

Interviews with long-time politicos, including Amy Gottlieb, Michelle Dore, Pat Leslie and Deb Parent, shot in black and white and screened against the original demonstration footage, speak to the need for lesbians – and everyone else – to know our political history.

This pic is not to lesbian-organizing what Our Dance Of Revolution, seen at Hot Docs, is to Black LGBTQ activism in Toronto. Its focus is street organizing. There’s almost nothing about LOOT (the Lesbian Organization of Toronto) or the Lesbian Phone Line, for example. But, though the footage is at times rough, look closely and you’ll see a ton of familiar faces.

The screening is followed by a Q&A with featured activists.