Inside Out review: M/M 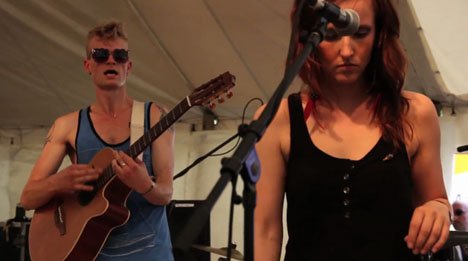 “Boys, techno, sex” reads an online profile in Drew Lint’s feature debut. His film has all that, but the Canadian director is most interested in the existential pining behind the refrain, which is clearly on the mind of Matthew (Antoine Lahaie). Adrift in Berlin, the Montrealer becomes obsessed with rakish model type Matthias (Nicolas Maxim Endlicher), the man of his expat fantasies. It’s beautiful ennui at first sight, but not content with a hookup, Matthew seizes an opportunity to assume Matthias’s identity.

It sounds very Single White Female, but Lint is more ambitious, telling the story through gazes, glances, surfaces and Bressonian performances. Dialogue is limited almost exclusively to phone calls between Matthew and his mother (Lynn Lahaie), and cinematographer Ann Tipper’s tight framing and eye for textures intensify the film’s solipsism.