NOW MagazineMovies & TVReviewsReview: Isabelle is a tired, predictable horror film that tries too hard to scare us

Review: Isabelle is a tired, predictable horror film that tries too hard to scare us

There are some intriguing, understated ideas floating beneath the surface of Rob Heydon’s domestic chiller, but we see them coming 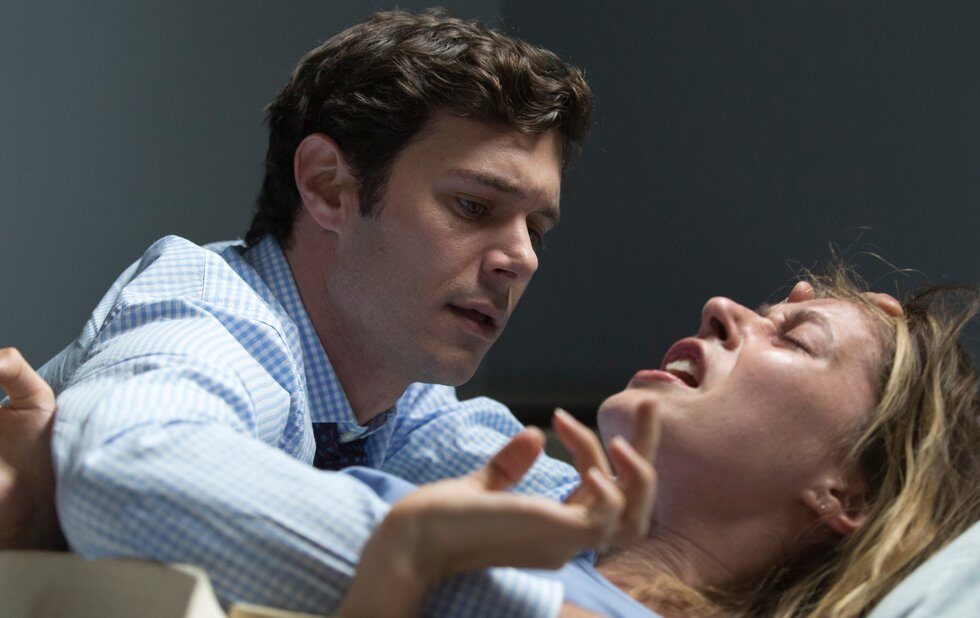 A good domestic horror story is a hell of a thing. Think about the first hour of last year’s art-house horror smash Hereditary, where writer/director Ari Aster builds terrifying power from simply refusing to tell us whether the traumas piling up on his characters are psychological or supernatural in nature. I’d argue the movie actually loses some of its intensity once it reveals its true intentions.

I mention this to provide some context to Rob Heydon’s Isabelle, another film about an ordinary family unit fraying under the weight of possibly paranormal stress. It plays many of the same notes as Hereditary, and similarly asks a lot of its performers, but it never really forms an effective experience.

Amanda Crew and Adam Brody play Larissa and Matt Kane, an expectant couple whose plans for a pleasant suburban life in Saratoga Springs (Toronto and Hamilton locations, doubling decently for upstate New York) are shattered when their baby dies in premature childbirth.

Matt is paralyzed by grief Larissa, who was clinically dead for a minute or so during the delivery, plunges into a deep depression. And then the nightmares start – nightmares in which Larissa is haunted by her stillborn child, and which a priest helpfully explains could be legitimate visions: people who come back from the dead have a tendency to be particularly sensitive to the spirit world.

Gradually, Larissa comes to suspect that her next-door neighbours – mother Ann (Sheila McCarthy) and her wheelchair-bound adult daughter Isabelle (Zoë Belkin) – are somehow feeding on her tragedy, and may even be responsible for it. And this is just the first 20 minutes of a very compressed narrative. Without credits, Isabelle runs maybe an hour and a quarter.

Screenwriter Donald Martin clearly wants us to work as hard as the Kanes to suss out what’s really going on: is Larissa the victim of extreme postpartum depression, or is genuine deviltry afoot? And Crew’s performance is intriguingly ambiguous, slowly pulling Larissa apart to reveal psychic scars that may or may not have contributed to her recent physical difficulties.

There’s a more enigmatic execution of Isabelle that would probably be much more satisfying, both as drama and horror. The version we actually get, though, tries a little too hard. Heydon wants to juice up every scene with musical stings, unsettling camerawork and jump scares that just don’t need to be there. If things calm down for even a minute, that just means we’re about to get another shock cut to Isabelle staring balefully out of her bedroom window. Belkin does baleful very well, mind you, but the effect gets tired.

That’s the problem with Isabelle as a whole, really it all gets tired. There are some intriguing, understated ideas floating around under the surface – like, for instance, the issues we inherit from our parents, which is likely the reason I keep comparing it to Hereditary – but the movie keeps shouting its objectives at us. And those objectives can only surprise us if we don’t see them coming.