Its hard to swallow Chokeslam 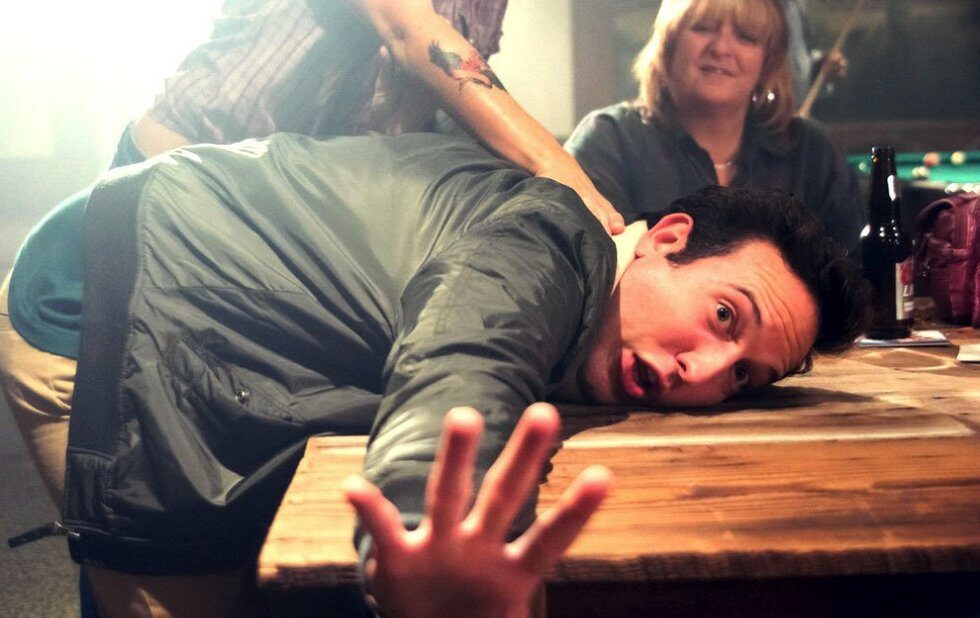 As a narrative, Chokeslam is nothing if not ambitious, positioning itself as a small-town redemption story, a romantic comedy and even a sports movie, sometimes all at once. Had director/co-writer Robert Cuffley narrowed his focus a little, hed have probably come out with a better film or at least one that feels more coherent.

Chris Marquette plays 28-year-old Corey Swanson, who works in a deli and lives at home and never got over being rejected by his high school crush Sheena (Silicon Valleys Amanda Crew), who went off to become a wrestler and reality-TV star.

When Sheena comes home for their high school reunion, Corey and a dopey classmate (Wynonna Earp scene-stealer Michael Eklund) set out to woo her by staging her retirement bout at the local arena. Cuffley complicates the story further with subplots about Sheenas jerk-ass boyfriend/manager (Niall Matter) and Coreys anxious mother (Gwynyth Walsh) that crowd out more interesting ideas.

Theres also the problem of selling Crew as the giant Sheena, whos supposed to tower over everyone else. Cuffley never finds a way to make his normal-sized star seem larger than life, and if we cant suspend our disbelief on that, were not gonna buy anything else.