Itzhak Perlman film documents the musician, but leaves the man a mystery

Documentary about the violinist and conductor comes to life during music sequences or when Perlman's wife, Toby, is onscreen 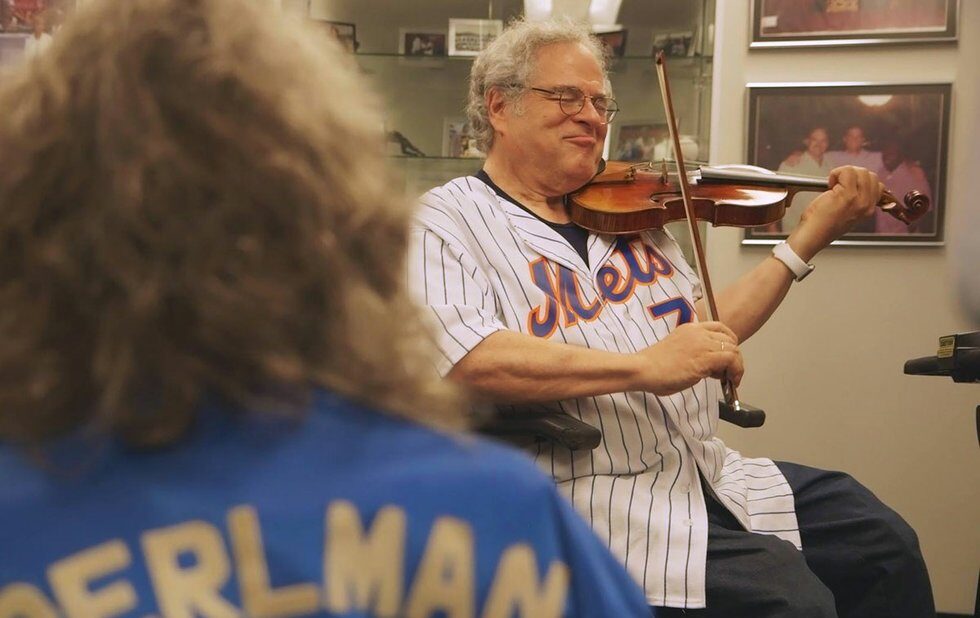 Itzhak is a frustrating experience. A documentary about master violinist Itzhak Perlman, it offers up lots of interview footage – both present-day and archival – of the Israeli-American musician, conductor, teacher, husband, father and grandfather. But the film never finds its focus or lets you understand the man behind the violin.

Whether he’s playing the national anthem at a Mets game, performing with Billy Joel or Martha Argerich or telling jokes over Chinese takeout with musicians Mischa Maisky and Evgeny Kissin, Perlman comes across as amiable and relaxed. But he’s not exactly introspective, and director Alison Chernick never seems to probe too deeply about anything.

Raised by poor, unmusical, Polish-born parents in Tel Aviv, Perlman contracted polio at age four and learned to walk with crutches. He showed incredible musical ability at a young age and began performing at 10. He emigrated with his mother to New York City to attend Juilliard at 13, but we’re given no information about whether his father joined them. An appearance on the Ed Sullivan Show launched his career.

If anything, the film is a testament to his enduring relationship with his wife, Toby, whom he met at a music summer camp as a teen. She’s gregarious and organized, and they obviously love one another. (When she first met him, as a teen, she proposed marriage. He agreed a few years later.)

There’s very little drama or tension, unless you count his inconveniences trying to navigate airport security stations or slushy Manhattan sidewalks. Even a sequence in which he and his family lunch with Israeli Prime Minister Benjamin Netanyahu is uneventful.

What makes the doc watchable, of course, are the musical sequences, whether he’s playing Tchaikovsky, Bach or Williams (the Schindler’s List theme remains his most requested piece of music), or conducting young musicians and passing on the lessons he’s carried with him for half a century.