Review: John Wick Chapter 3: Parabellum rides up against the edge of monotony

Action franchise starring Keanu Reeves as an unstoppable assassin delivers set pieces, but not much more 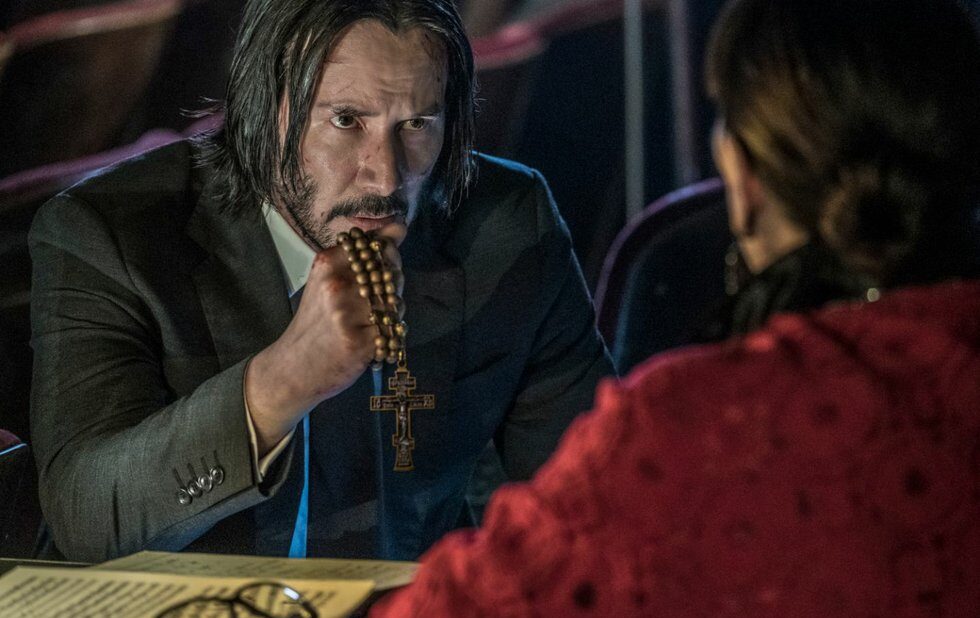 John Wick Chapter 3: Parabellum picks up right where John Wick: Chapter 2 left off, in every way possible: Keanu Reeves’s unstoppable assassin is on the run from that high-powered secret society of contract killers, and he’s going to have to shoot a lot of people in the face before he can rest.

This is the same situation he faced in the last movie, more or less, and of course the first film was about him coming mercilessly for the mob goons who killed his dog and stole his car. People come at John Wick, and people get shot in the face. That’s just how the world works.

These movies exist as showcases for producer/director Chad Stahelski and his stunt team, who have once again come up with a remarkable variety of ways for Reeves’s unstoppable murder-man to do his thing while the screenwriters expand the franchise’s cloistered world yet again to introduce new allies (hi, Halle Berry!), new enemies (hi, Mark Dacascos!) and a player known only as The Adjudicator (Asia Kate Dillon) who’s arrived to hold everyone to account for the events of the last two movies.

Your favourites are back, as well: Ian McShane and Lance Reddick still hold their posts at the Continental, the swanky New York hotel that serves as the locus of the Wickiverse, and Laurence Fishburne is still holding court as the Bowery King. They’re all having fun. Anjelica Huston joins the series as a Russian ballet teacher she’s having fun, too.

Even Reeves is having a good time, in his stony-faced way. You can see the pleasure he takes in crafting this largely physical performance, and he and Stahelski invite us to share it. The in-universe reason for John Wick’s indestructibility is a hand-wave of bulletproof suits and meds that counter pain and amp up his energy, but we see the truth: he’s supremely pissed off, and refusing to die out of spite.

If you’re just going for the mayhem, John Wick Chapter 3: Parabellum delivers it and then some. As in the previous films, the action set pieces are intricate and exciting, with escalating stakes and a willingness to find pleasure in the physics of limbs, blades and bullets – and also horses, motorcycles and the odd SUV.

But unlike the previous chapters, this one rides those waves straight up to the edge of monotony even a man as driven as John Wick must answer to the law of diminishing returns. As one character observes: “I’ve never seen a man fight so hard to go back to where he started.”

It’s not a spoiler to say that Parabellum (which, I was disappointed to discover, does not refer to the place in a person’s head that, if you shoot it, it will blow up) ends by setting up another chapter for its hero – Reeves and Stahelski are clearly happy to do this as long as they can. But where can this story go, really? Won’t John Wick eventually run out of goons to kill? Won’t the goons eventually realize they’re better off running in the opposite direction?

It seems to me that the first two movies allowed for that possibility – or at least created a world elastic enough to accommodate deeper interpretations. Maybe John Wick was looking for an excuse to go back to killing after his wife’s death, and that ill-considered home invasion gave him one – or maybe Wick went into battle to put himself out of his own misery. (Reeves’s weariness in Chapter Two made a pretty good case for the death-wish theory.)

Parabellum is determined to snuff out any of that potential, pushing grimly forward with Dante’s Inferno references and putting its hero on the road to a perpetual murder spree, endlessly battling platoon after platoon of interchangeable enemies. The John Wick series turned into a video game so gradually we almost didn’t notice insert 15 bucks to continue.