NOW MagazineMovies & TVReviewsReview: Joker adds nothing to our understanding of the legendary villain

Review: Joker adds nothing to our understanding of the legendary villain 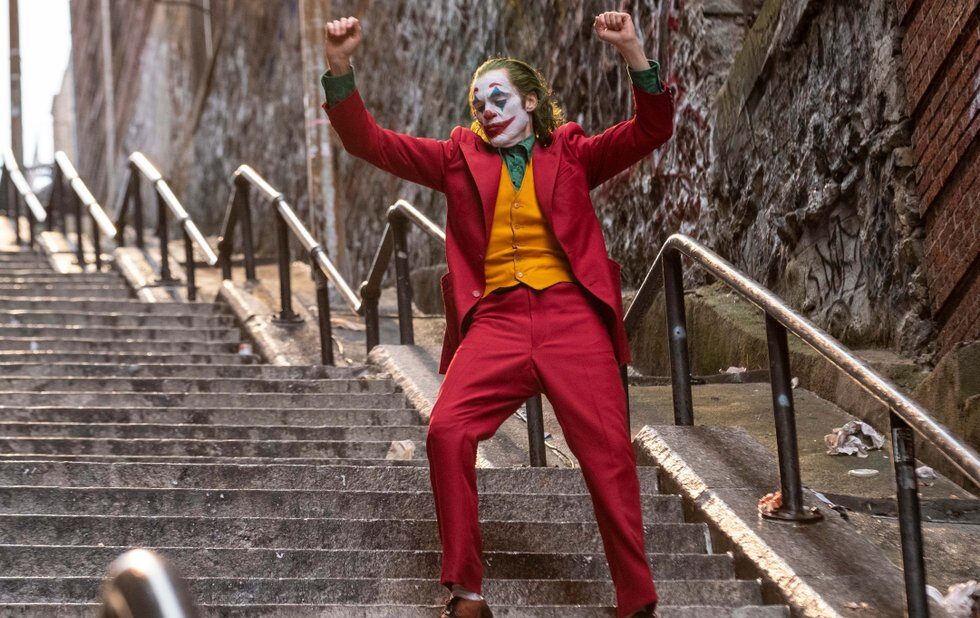 Okay, yes. Joaquin Phoenix is very good in this super-serious stand-alone origin story for the eponymous villain. The actor finds real pathos in the confused, tragic arc of an aspiring Gotham City comedian whose miserable life sets him on a path to becoming Batman’s greatest nemesis. And director Todd Phillips, who co-wrote and co-produced Joker, spends long stretches of his movie just standing in awe of his star. Or possibly he was admiring the sets and the lighting package. I can’t really be sure.

So much of Joker is a wallow in artifice: it brings nothing to our understanding of the character that wasn’t already offered in Christopher Nolan’s The Dark Knight, which synthesized decades of comics mythology into Heath Ledger’s nihilistic shell.

This film gives him a name (Arthur Fleck), a day job (clown), a dream (aspiring stand-up) and a few other personality tics, and then does almost nothing with them, as Phoenix stalks through a grimy Gotham playing with makeup and seething with violence.

He admires a talk-show host (Robert De Niro, playing the Jerry Lewis role from The King Of Comedy, in case younger viewers might miss the Scorsese references on which Phillips has built his church). He stalks a woman (Zazie Beetz) – or maybe he doesn’t. And he really hates rich mayoral candidate Thomas Wayne (Brett Cullen).

It’s all very expensive, and utterly hollow. Phoenix keeps it going for a little while, and there’s a point where the movie looks like it might address the appeal of the Joker as an incel icon: he takes what he wants, laughs at authority and has hundreds of acolytes hanging on his every word – of course they’d identify with him.

But Phillips is happy to just float it briefly, the same way he sorta-kinda suggests an endless class war in Gotham without ever really delving into the reasons the system is failing. (A riff on the Bernhard Goetz subway shooting makes the victims white Wall Street bros acting in an unambiguously aggressive fashion, ignoring the ugly racist aspects of the actual event and its fallout.)

Phillips wants to make an elevated comic-book movie, and Warner Bros. clearly wants that too, but that’s not what they got. Indeed, the longer Joker goes on, nudging Arthur closer and closer to his inevitable descent, the more time we have to think about Phillips’s choices, whether they serve the purpose he thinks they do, and what – if anything – this real-world take on a comic-book property has to say.

Was it really necessary to set the story in 1981, for instance, other than Phillips’s desire to ride Scorsese’s coattails? The film’s aesthetic isn’t so much “What if Martin Scorsese made a movie about the Joker?” as “What if the Joker had starred in these Martin Scorsese movies?” – with loving re-enactments of specific scenes from Taxi Driver and The King Of Comedy shuffled together to build a trajectory of madness.

But those films work because neither we nor the characters know what’s going to happen next. Travis Bickle and Rupert Pupkin – both played by that De Niro guy, you may recall – are going to boil over, sure, but we don’t know how or when. For all of the feints and dodges in this specific execution of the mythology, Joker is awfully predictable about Arthur’s path there’s never any doubt where this is going.

And that just opens up another avenue of inquiry: why make a Joker movie without any of the things that give the character meaning? Thomas Wayne’s son Bruce appears in one scene, which is supposed to set up a tragic irony but winds up having the unintended effect of telling us we’re a good 20 years – at least! – from Arthur achieving his preordained purpose and becoming Batman’s nemesis. Whereupon he’ll be in his sixties, which is not an especially interesting version of that character.

(I should also mention that young Bruce is played by Dante Pereira-Olson, who appeared with Phoenix in Lynne Ramsay’s You Were Never Really Here – a far more effective story about a deeply troubled man seeking to give his life purpose.)

Is this nit-picking? Probably. The movie’s a void people will see whatever they want to see in it. Hell, from what I’ve seen on social media over the last few weeks, they don’t even have to see it to make up their minds.

But will this Joker change the game for superhero cinema? Is it an important movie? A potential Oscar contender? Don’t make me laugh.