Review: Jordan Peeles Us is a damn good horror movie

US (Jordan Peele). 116 minutes. Opens Friday (March 22). See listing. Rating: NNNNLets get the disappointment out of the way. 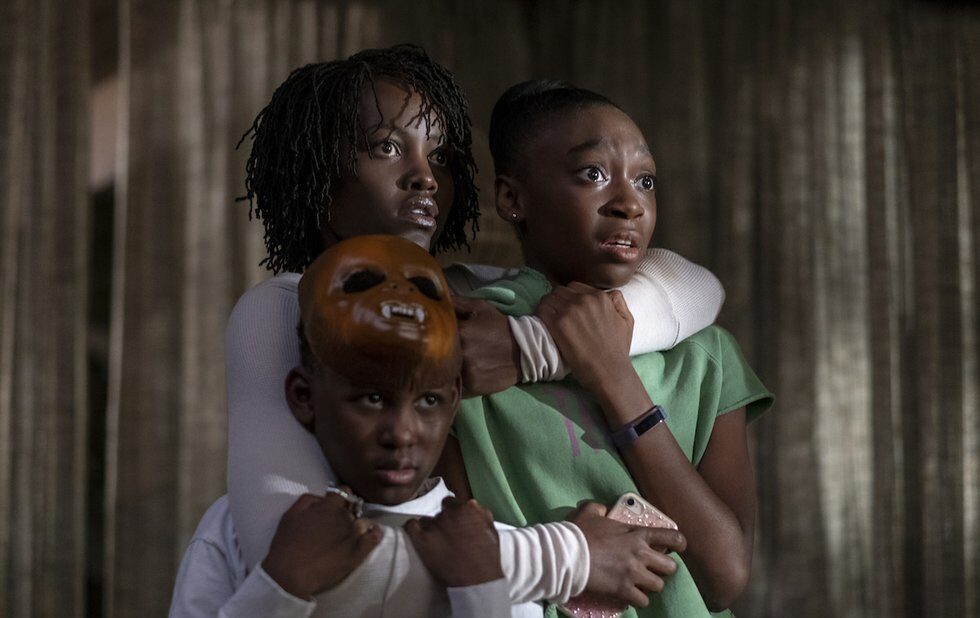 Daisy Haggard plays an ex-con who moves in with mom and dad in Back To Life.|Evan Alex (left)

Lets get the disappointment out of the way first: Us doesnt feel as revolutionary as Jordan Peeles first feature, Get Out. Its not as audacious in its subtext as that Oscar-winning debut, and it doesnt deconstruct its genre in the same way.

The biggest argument against Us is that its just a horror movie… but its a damn good one. Its smart, sharp, artfully made and entirely entertaining, even if the last beats dont land perfectly.

Both smaller and larger in scale than its predecessor, Us focuses on the Wilson family parents Adelaide and Gabe (Black Panther co-stars Lupita Nyongo and Winston Duke), teenager Zora (Shahadi Wright Joseph) and youngest Jason (Evan Alex) vacationing at their summer house in Santa Cruz.

Adelaides not really into it, having had an unsettling experience at the beach as a child, and her reservations seem entirely justified once their getaway is disrupted by the arrival of menacing versions of themselves, dressed in red and armed with shiny gold scissors. And then things get very, very tense.

Peele takes his time laying the groundwork, establishing the familys dynamic and the specific quirks of their environment before the weirdness arrives but once it does, Us grabs you and doesnt let go, staying with the Wilsons as the world goes mad around them. All four actors sell their dual roles, but Nyongo is the standout, performing both the terror and resilience that drives Adelaide and the disturbing precision of her malevolent tormentor, whose movements, expression and speech read as wrong on a primal level.

The focus on the family creates the same queasy sense of isolation and helplessness M. Night Shyamalan brought to Signs and come to think of it, Peeles storytelling instincts have a similar elegance, with precise camerawork and editing that steers the viewers eye and a willingness to deploy musical stings for maximum impact. Peeles better at following through on his most baroque ideas, though, and far more practiced at creating distinct, naturalistic characters. (Gabes well-meaning, dad-jokey vibe doesnt fall away when the blood starts spraying his material just gets darker.)

And unlike Shyamalan, Peele has no illusions about where he stands in the genre pantheon, scattering loving references to the movies that have influenced him The Birds, Night Of The Living Dead, Jaws, The Lost Boys and The Strangers all get very specific shout-outs while still carving out his own distinctive path.

A final movement gives us more information than we probably needed about the whys and hows of everything, letting some of the air out of the horror. I cringe at the thought of the inevitable online griping about how certain revelations contradict this plot point or that line of dialogue, though Im also eager to watch the movie a second time to see how or if everything holds together.

And people nit-pick everything, anyway: as the credits rolled at my screening, a few critics were insisting Nyongo was far too young to play Adelaide, who based on the prologue set in 1986 would be around 37 or 38 now. Nyong’o just turned 36. Let the damn movie do its job.