NOW MagazineMovies & TVReviewsReview: Juliet, Naked is worth it for Rose Byrne and Ethan Hawke

Review: Juliet, Naked is worth it for Rose Byrne and Ethan Hawke

Adaptation of Nick Hornby’s novel is convoluted and full of rom-com conventions, but its stars are vibrant and charismatic 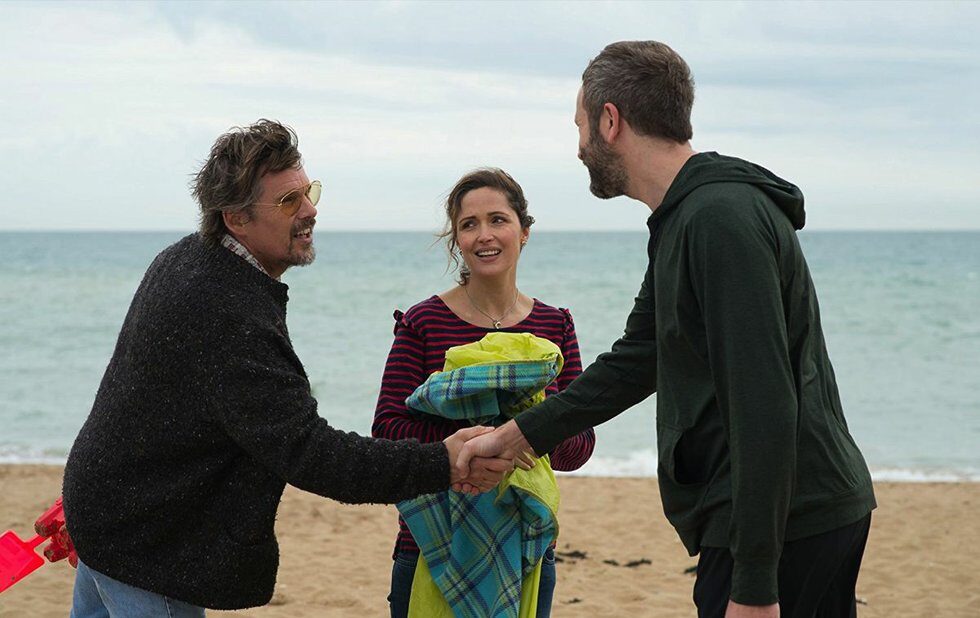 Rose Byrne and Ethan Hawke are so great together that they make Juliet, Naked’s exhausting narrative worthwhile.

The movie takes nearly half its running time just to get them to share the screen, which is some epic foreplay for a rom-com.

Byrne’s Annie is a museum curator in a coastal British town with a quaint but stalled life. Hawke’s Tucker Crowe is a musician who disappeared from the limelight after releasing a seminal album that shares its title with the film (and the Nick Hornby novel it’s based on). His descent into obscurity involves substance abuse and fathering five children from four different mothers. He currently lives in an ex-wife’s garage where he helps raise his adorable fifth child.

How Annie and Tucker get together is just too aimless and time-consuming (here and in the movie) for me to recount. It starts off as a long-distance epistolary relationship and has a little bit to do with Annie’s boyfriend, an obnoxious man-child (Chris O’Dowd, so good) who is also Tucker’s most obsessive fan.

When Tucker makes a trip to the UK to finally meet Annie in person, the complications cozily sort themselves out. Their characters have an opposites attract vibe. Tucker’s life is settling down, while Annie’s feels like it’s just getting started. And yet they have a comforting and empathetic groove together, thanks to the vibrant and charismatic actors playing them.

Making all this happen takes a lot of hoary rom-com moments. But when the relationship gets going, it’s legit down-to-earth and touching.