J.A. Bayona's film is a smart, thoughtful thriller that spins the franchise's essential elements into a new story that echoes the original trilogy without restaging it 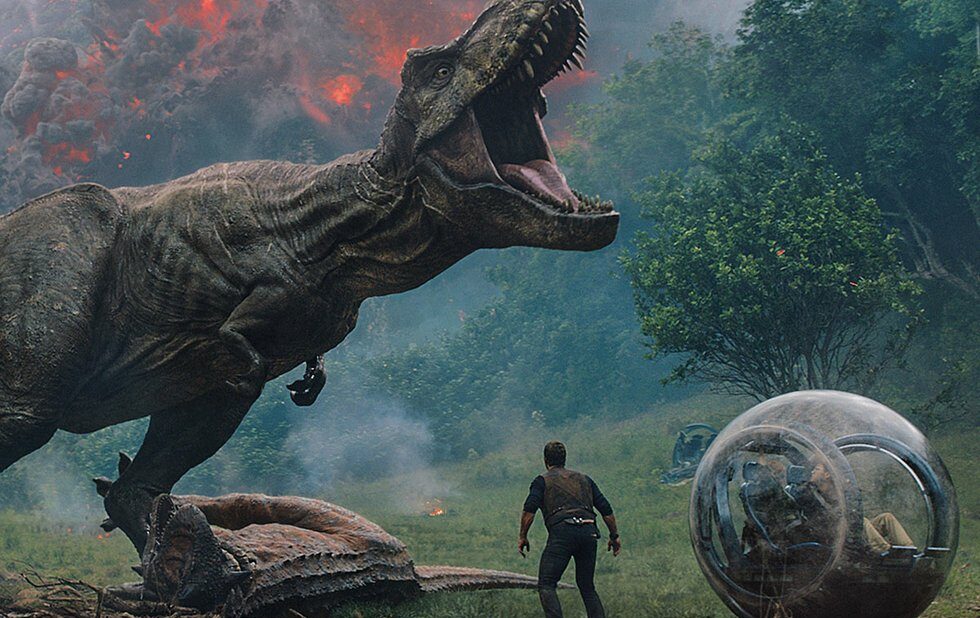 Here’s a hot take for you: 2015’s Jurassic World was fine. Not great, and not even especially distinguished, but competent enough to remind audiences why they missed the Jurassic Park franchise in the first place.

Three years later, with director Colin Trevorrow in movie jail (and rightly so), it’s become fashionable to crap on his movie for being little more than an upscaled version of Steven Spielberg’s 1993 blockbuster. And his name is on the screenplay for Jurassic World: Fallen Kingdom, so people are even more leery of this new sequel.

Well, guess what? Fallen Kingdom is the Jurassic Park sequel we’d wanted all along – a smarter, more thoughtful thriller that spins the franchise’s essential elements into a new story that echoes the original trilogy without simply restaging it. And what’s more, it’s the first film of the series that bothers to imagine what the world would look like beyond the park.

The cloned dinosaurs (and the technology behind them) have been around for a quarter of a century, though as far as anyone knows only the late John Hammond managed to master the process and restore thunder lizards to the world 65 million years after their extinction. And now, as a volcanic eruption threatens to eradicate the refuge of Isla Nublar, humans are debating how to save the dinos living there – or whether to let nature take its course all over again. And yes, Ian Malcolm is back for an I-told-you-so.

Fallen Kingdom is a more stylish, more intimate venture, drawing on the earlier sequels for inspiration (and The Lost World and Jurassic Park III were also pretty good, if tonally very different from the original).

Bayona, who demonstrated his sure hand for close-quarters creepiness in The Orphanage and large-scale carnage in The Impossible, keeps the focus tight and the set pieces taut, seeding little homages to the earlier films in a way that feels organic and appropriate. It turns out T-Rexes still love the taste of lawyers, for instance.

The CG effects are a lot more tactile this time, the practical dinos are a joy to behold and the script takes the time to consider the moral and ethical implications of the franchise in a way no previous film ever has.

And where Trevorrow’s casting choices were perhaps less risky than they could have been, Bayona casts a pretty wide net. Justice Smith and Daniella Pineda are lively comic-relief colleagues for Owen and Claire, and Ted Levine brings a sense of cheerful danger to his ruthless dino hunter, which nicely differentiates his performance from what Pete Postlethwaite did with a similar character in The Lost World.

Rafe Spall, Toby Jones and Geraldine Chaplin turn up in key off-island roles, and newcomer Isabella Sermon is a nice fit for the requisite child’s role. (My only regret is that Cromwell and Pineda have no scenes together, having played father and daughter in The Detour.)

The real stars are the dinosaurs and Fallen Kingdom gives us plenty of them. One of the pleasures of this series is the way it gives its non-human characters personalities and even idiosyncrasies, and Bayona has clearly studied that aspect in a way Trevorrow never did.

So has Pratt, whose character does most of his communication non-verbally as a raptor wrangler. He lets us see how his work has bled into his life, interacting with human characters through gestures and body language as well. It’s a really clever choice, because it also keeps our attention on him when the frame is filled with snapping dinosaurs. And Bayona makes the most of it, as he does with every part in Fallen Kingdom.

This is what happens when people make an effort.