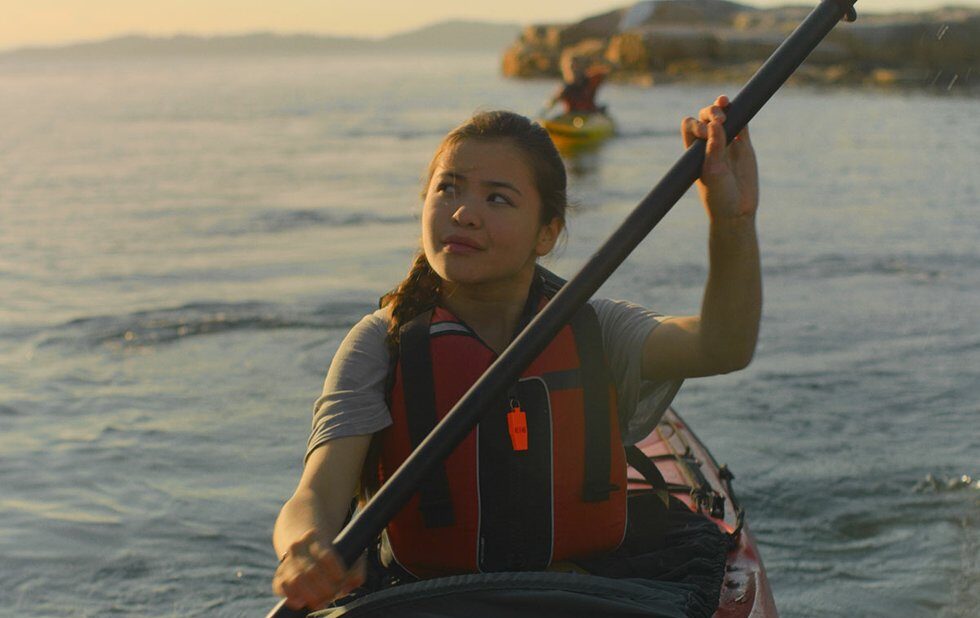 Kayak To Klemtu was originally titled Kayaking For Beginners, which is a looser and somehow friendlier title than the one the production ultimately used. I wish they’d kept it this movie needs all the goodwill it can get.

Zoe Hopkins’s first feature is a well-meaning but awfully thin family film about the efforts of 14-year-old Kitasoo girl Ella (Ta’Kaiya Blaney) to make a kayak journey along the Inside Passage to deliver a speech – and her uncle’s Dave’s ashes – to a community meeting to protest a pipeline.

BC writer/director Hopkins has her heart in the right place and a story loaded with real-world relevance, but she can’t quite stitch all the disparate pieces into a satisfying whole.

Blaney’s an appealing lead, but her character never gets a moment to herself she’s accompanied on the trip by her late uncle’s awkward widow (Sonja Bennett) and angry son (Jared Ager-Foster), whose subplots should be heartfelt but feel more like distractions.

Kayak To Klemtu swings from ambitious cinematic moments to clumsily edited dialogue sequences, and from moving drama to awkward comedy involving Bennett’s ineptitude and deflected grief. The Preggoland star commits to whatever is asked of her, but her character is just there to be a sloppy mess for most of the picture. The pipeline material is a little on-the-nose, but if you’re aiming at kids at least that makes sense.

It moves along well enough, and younger viewers should respond to Ella’s arc, but grown-ups will quickly realize the movie they’re watching should be a lot better than it is.