Review: Keep On Keepin On 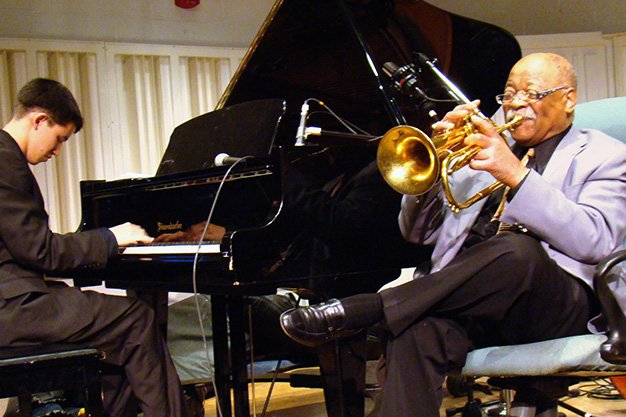 Clark Terry is a member of that generation of jazz artists who were first to realize the importance of education in maintaining the genres legacy of innovation and excellence. Pedestrian in its structure and cinematography, Alan Hickss Keep On Keepin On is a likeable, if not all that jazzy, homage both to Terrys magisterial trumpet-playing and his genuinely inspiring career as mentor and educator.

Now in his 90s, Terry has kept on teaching despite debilitating diabetes. His latest pupil is young pianist and rising star Justin Kauflin, who has a rare disease that gradually robbed him of his eyesight. Keep On shifts between the musicians as they endure their individual struggles with health and career issues. Several charming scenes show them working together and supporting each other.

Theres some terrific archival performance footage and succinct tributes from the likes of Herbie Hancock, Bill Cosby and Quincy Jones, who was Terrys first student. Several subjects mention how essential the development of an individual voice is for anyone seeking a meaningful place in jazz.

What Keep On makes clear is that Terrys major contribution to this discussion is his emphasis on self-knowledge: that individual voice isnt something you put on, but rather, through reflection and discipline, draw from deep within yourself.