NOW MagazineMovies & TVReviewsKing Arthur: Legend Of The Sword is messy and bombastic

King Arthur: Legend Of The Sword is messy and bombastic

Director Guy Ritchie tries to inject Game Of Thrones intrigue into this mythical tale, but the result is nonsensical 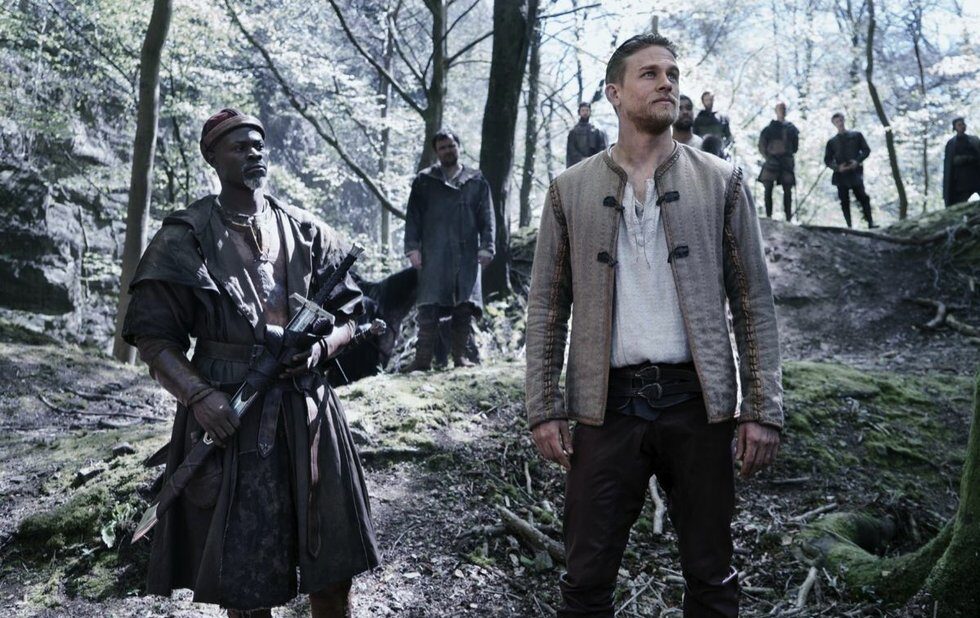 Guy Ritchie crams a Game Of Thrones season’s worth of intrigue and hyperactive swashbuckling into King Arthur: Legend Of The Sword, a messy and bombastic follow-up to his slick, sexy and charming as hell Man From U.N.C.L.E. reboot.

The earlier 60s-era spy romp was a bespoke fit for Ritchie. Beautiful people in cool threads trade quick-witted banter and loyalties, a tango matched by Ritchie’s narrative spins: he’s likely to skip ahead or circle back on a scene just to keep you on your toes.

The director just doesn’t have room for as much fun with King Arthur, what with the giant creatures, CGI-enhanced swordplay and a chaotic, incoherent final blowout that movies at this budget seem to demand.

damned if he doesn’t try to jazz things up, especially in the early goings, where Charlie Hunnam’s Arthur, clueless about the royal lineage robbed from him, works as the muscle in a brothel. The scrappy setting allows Arthur and his shifty squad to essentially act like characters out of Ritchie’s early films Lock, Stock And Two Smoking Barrels and Snatch. Hustling hard with words and fists, Hunnam exudes the same charisma that made Jason Statham a star.

His personality and Ritchie’s personal touch keep things interesting – in the most modest sense – after Arthur retrieves the magical sword Excalibur and starts coordinating the prophesied revolt against Jude Law’s mean-mugging tyrant, Vortigern. Ritchie isn’t interested in dwelling on rudimentary action, so he montages the hell out of those scenes, making them groove like a DJ scratching turntables.

The result is dizzying, exhausting nonsense.