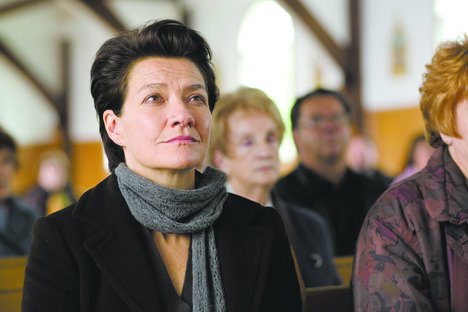 After his stolid dramas about faith (La Neuvaine) and hope (Summit Circle), Bernard Émond tackles the concept of charity in this tale of a Montréal doctor (Elise Guilbault) who arrives in a remote Abitibi town to take over the practice of an aging GP (Jacques Godin) for a month, with the option of becoming his permanent replacement.[rssbreak]

For all its pretensions, the script is essentially just a grimmer version of every Hollywood movie where a city slicker is redeemed by a sojourn in the unspoiled hinterland. It’s even more contrived, given the young doctor’s knack for happening upon the scenes of terrible accidents and leaving her patients in worse shape than when she met them.

Émond won a well-deserved Genie for writing The Necessities Of Life, but as a director he’s mired in calculation and self-importance.