NOW MagazineMovies & TVReviewsLean On Pete is an absorbing, unsentimental look at poverty and class in America

Lean On Pete is an absorbing, unsentimental look at poverty and class in America 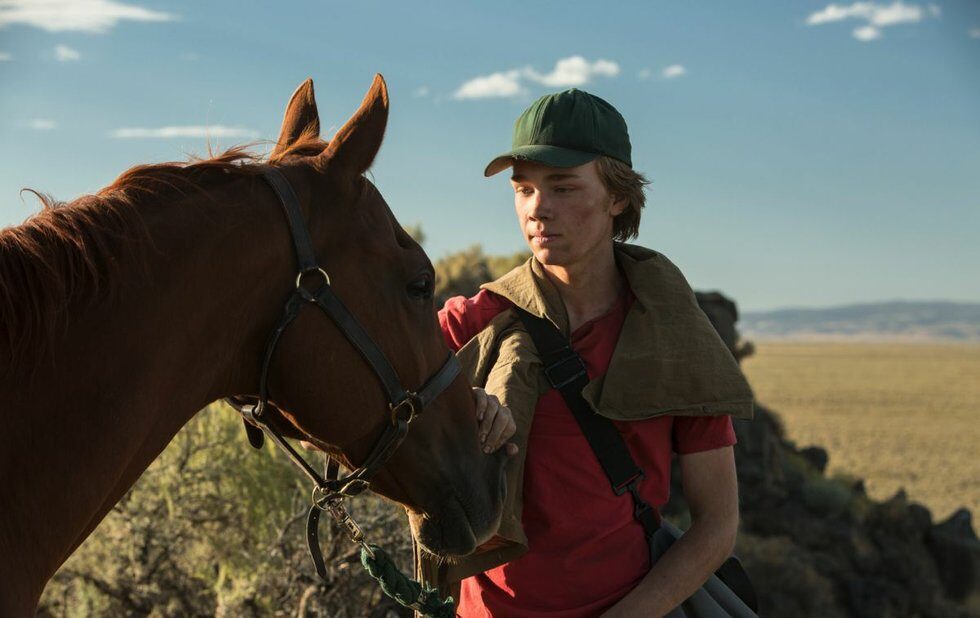 The beginning of Andrew Haigh’s (Weekend, 45 Years) first American-made film is so compelling and nuanced that when it switches gears midway through and becomes another kind of movie, it’s initially jarring. But soon it finds its footing as a tough-minded look at poverty and class in America.

Charley (Charlie Plummer) is a bright, trusting teen who’s being raised, sort of, by his charming but irresponsible father Ray (Travis Fimmel). When crusty horse trainer Del (Steve Buscemi) asks him if he wants to do some work at various racetracks, he agrees and soon bonds with one of Del’s older quarter horses, Pete.

Haigh makes you interested in every aspect of this world, from the duties involved in horse maintenance, racing (Chloe Sevigny appears briefly as a jockey) and trading to the jokey dynamic between Charley and Ray. One of the sharpest early scenes shows Del criticizing Charley’s table manners, which tells you a lot about how the boy’s been raised.

After an incident occurs, Charley’s life is upturned and the stakes are ratcheted high. Plummer (no relation to Christopher, although he played his grandson in All The Money In The World) is one of those natural actors with a face that shows every emotion wash over it, and as Charley pursues his one long shot, Haigh makes us care about him deeply.

For a film that’s nominally about a boy and a horse, the symbols never feel overdone indeed, a continued motif in which Charley sees himself reflected in mirrors is done with stark, painful realism. And the film’s moving climax is completely earned.

Like Haigh’s other absorbing dramas, this is a movie that will take root in your imagination and stay there for a while.