Thomas Riedelsheimer’s follow-up to his 2001 documentary is a pleasant, eccentric wander through Goldsworthy’s life and work 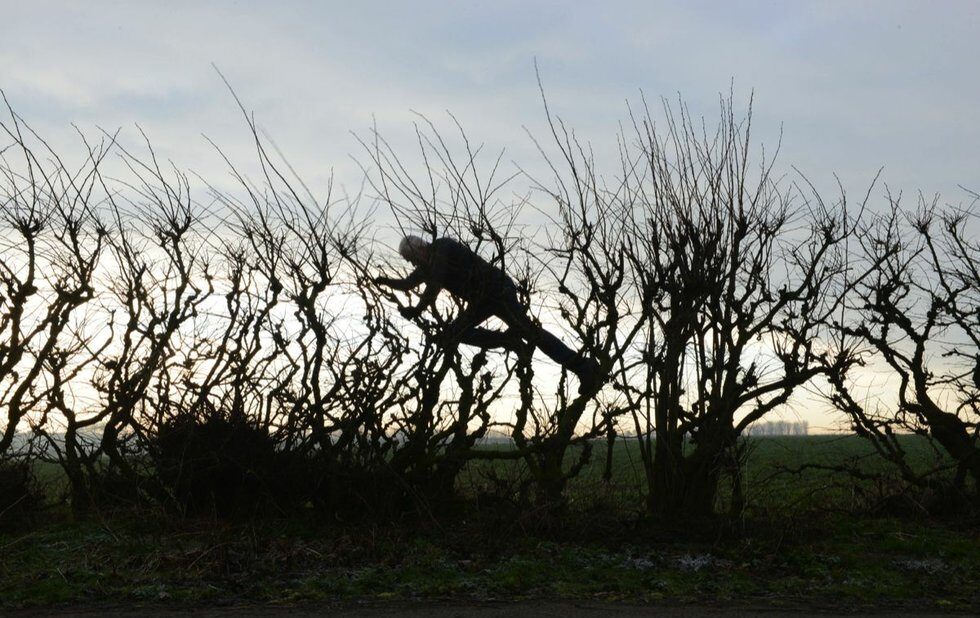 The artist Andy Goldsworthy operates on the principle that nothing is fixed, everything is transitory, and that art should be impermanent: something to be regarded in wonder before it’s washed away or buried by the elements. The world moves on, and so should we.

Thomas Riedelsheimer’s 2001 documentary Rivers And Tides: Andy Goldsworthy Working With Time – an art-house hit with a surprisingly enduring life on home video – was a testament to Goldsworthy’s vision. Nearly two decades later filmmaker and subject reunite for Leaning Into The Wind: Andy Goldsworthy. It’s a pleasant, eccentric wander through the artist’s undertakings around the world, contrasted with time spent at his home in rural Scotland.

Goldsworthy remains as committed to ephemeral art – and as bemused by the natural world – as ever, constructing elaborate works out of trees, leaves, stone and most frequently, his own silhouette. He likes to lie down on the sidewalk when it rains so he can leave an impression of himself on the pavement. He also enjoys climbing trees and pushing through hedges, just because they’re there.

Those scenes are charming and warm, though they don’t illuminate Goldsworthy’s process any further than Rivers And Tides did. But it’s enough to watch him at work, and see the pleasure he takes in it, while Fred Frith’s musical score follows along, scampering to keep up.

A moment when Riedelsheimer cuts from Goldsworthy’s daughter Holly as a child in 1999 to her adult self, working as her father’s assistant, is a perfect cinematic illustration of Goldsworthy’s own aesthetic. If nothing is forever, then our legacies will be built on the images we leave behind. There’s more beauty than sadness in that, surely.