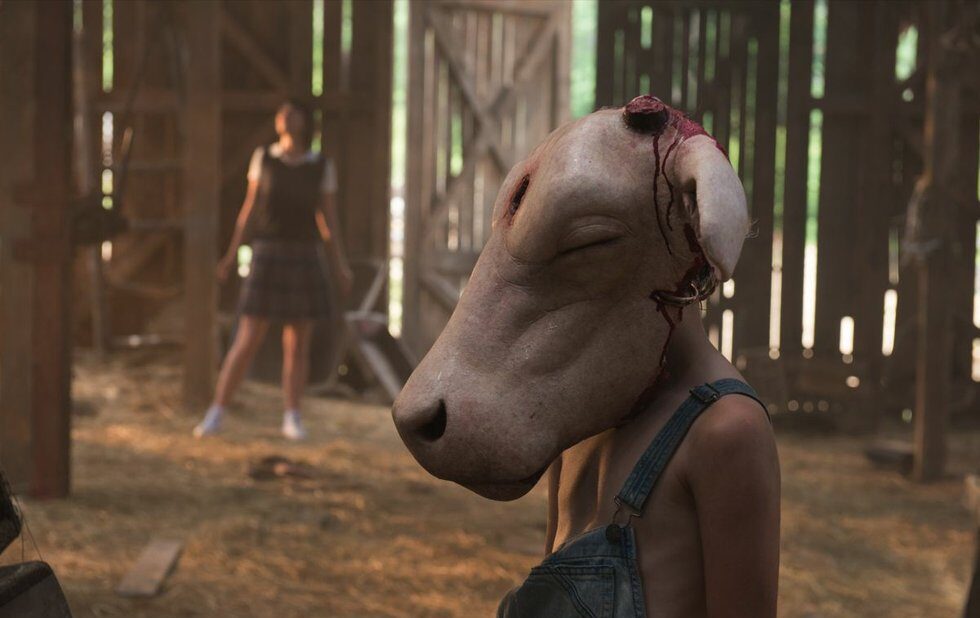 Every few years, someone tries to reactivate the Texas Chain Saw Massacre franchise. And though I can see why – the late Tobe Hooper’s 1974 watershed is one of the most excruciating, elemental horror movies ever made – its formula was so specific that even Hooper himself couldn’t replicate it.

Leatherface, the eighth film to visit the cannibalistic Sawyer clan, is a prequel that nobody asked for. (It’s actually the second attempt to explain the origins of the franchise’s taxidermy-masked “hero,” after 2006’s now-discarded Texas Chainsaw Massacre: The Beginning.) And those looking for genuine insight into the origins of the eponymous maniac will be disappointed to find a gruesome crime picture rather than a horror movie.

Set in 1965, Leatherface follows a quartet of teenage delinquents (James Bloor, Jessica Madsen, Sam Strike, Sam Coleman) as they escape juvie during a violent riot, bringing a young nurse (Vanessa Grasse) along as their hostage.

The path they take will lead to one of them becoming the chainsaw-wielding maniac of legend… but it’s a path that’s not especially interesting or tense, and one that relegates potentially interesting actors like Stephen Dorff, Lili Taylor and Finn Jones to the sidelines as parents or cops.

Alexandre Bustillo and Julien Maury, the go-for-broke French filmmakers who gave us Inside and Livid, don’t skimp on the splatter, but their efforts can’t disguise the fact that Seth M. Sherwood’s script totally misses the point that keeps the original Massacre so bloody effective: it doesn’t matter how the guy in the taxidermied mask came to be that way, just that he exists and he won’t stop trying to kill you.