Review: Leaving Neverland is about more than Michael Jackson 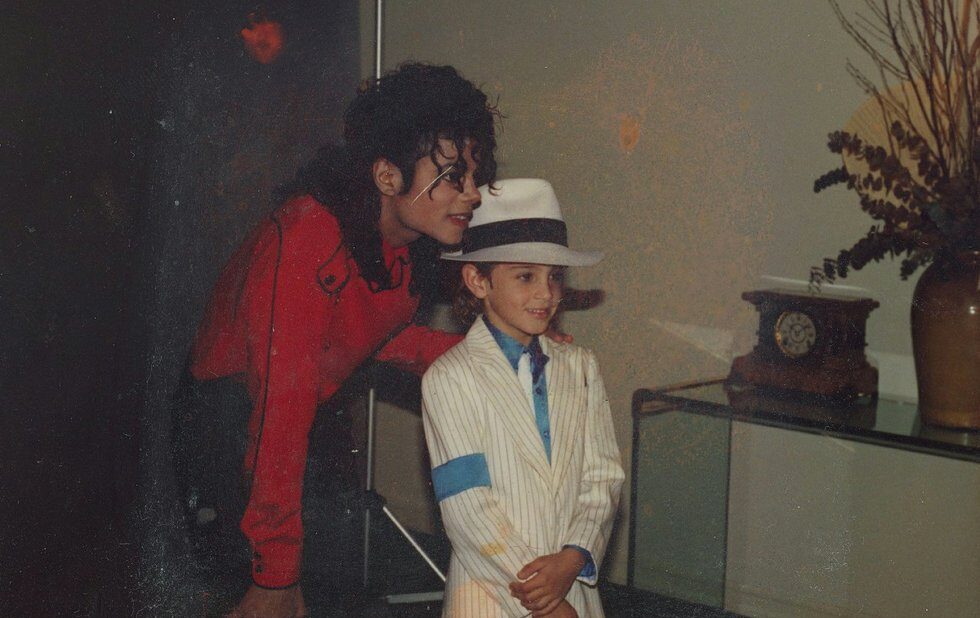 Can more than one thing be true? It’s a question that loops through Leaving Neverland, director Dan Reed’s wrenching documentary about Wade Robson and James Safechuck, two men who allege late pop icon Michael Jackson sexually abused them as children.

At the end of four hours spanning two episodes, the story that emerges is one of overwhelming denial – personal and public. Jackson’s estate and fan base have sought to broadly discredit the doc by attacking Wade and James’s characters and by questioning Reed’s journalistic credibility. But the counter-arguments rarely tackle the complex idea the film puts forward: survivors of child sexual abuse are often unwilling and unable to acknowledge what happened to them until later in life.

Leaving Neverland lets Wade and James tell their stories on a scale not usually afforded to accusers of powerful men. Aside from archival footage of Jackson and his lawyers denying various allegations, the only voices in the doc are theirs and that of their immediate family members, who tell their stories chronologically.

In 1987, Wade met Jackson, whom he idolized, at age five after winning a dance competition in Brisbane, Australia. Jackson invited him to perform at one of his concerts and befriended the family. Eventually Wade relocated with his mother, Joy, and sister, Chantal, to Los Angeles to be closer to Jackson. Wade’s father, left behind, fell into a depression and eventually killed himself.

James was 10 when he met Jackson on the set of a Pepsi commercial in 1988. The singer became enamoured of the boy and began hanging out at the family home, inviting him and his mom, Stephanie, to join him on tour.

Both mothers say Jackson was like a family member. He visited the Safechuck home and would spend hours talking on the phone with James. These accounts are illustrated by family photos, audio recordings of voicemails and faxes Jackson sent, giving the impression the star was grooming the mothers in particular to trust him. Eventually, Joy and Stephanie allowed their sons to sleep in Jackson’s bed.

Barely 40 minutes into the film, the men begin describing in graphic detail how the relationships became sexual, recounting specific acts and when and where they took place.

They liken the intensity of their relationships with Jackson to romances. Eventually, both started spending less time with Jackson as he found other boys to shower attention on. But when 13-year-old Jordy Chandler accused Jackson of molesting him in 1993, the star began calling incessantly to ensure their support. He even bought Stephanie a house.

Part two largely focuses on Wade and James’s experiences as Jackson weathered the public accusations. When the singer famously settled out of court with Chandler, the families faded from the picture. Wade became a celebrated choreographer, working with Britney Spears and NSYNC at the peak of their careers. James pursued filmmaking and joined a band.

Then Jackson was arrested in 2003 on child molestation charges. He started getting in touch again. James refused to testify at the 2005 trial, but Wade, then 22, took the stand as a star witness, denying Jackson had molested him. His testimony helped Jackson win a not guilty verdict.

If you followed the coverage back then you’ll know there are all sorts of sordid and sensational details that surrounded the case, in and out of the courtroom. Leaving Neverland cuts out all of that noise and zeroes in with laser focus on the experiences of the two men. Reed frames Wade and Joy with wide-angle close-ups, for example, as if to invite the audience to scrutinize their expressions. Viewers will be studying the interviewees’ faces for any shred of doubt and the director knows it.

He also intercuts the interviews with expansive aerial views of Los Angeles and the area surrounding Jackson’s Neverland Ranch in Santa Barbara, tacitly suggesting the quiet complicity of society at large. At times, these visuals slip into perfunctory doc motif. The interviews are powerful enough on their own.

Neither Wade or James admitted to themselves – or their families – they were abused until four years after Jackson’s death. What prompted this change? Their respective sons started getting older, and they could see themselves as kids more clearly. It dawns on them: not only were they abused by someone they loved, but their mothers, enamoured of a life of privilege, failed to protect them. While many will view this film as an affront to Jackson’s legacy, Leaving Neverland seems more concerned with articulating the ways abuse is unseen or ignored – especially when the abuser is a wealthy celebrity.

“I had all these months of loving my life with Michael and travelling and living the good life,” Stephanie says. “It was all based on the suffering of my son. My son had to suffer for me to have this life.”

“My whole life with Michael is the reason my family split apart and we moved to America,” adds Joy. “It’s all wrapped up in that. And now it’s like the whole foundation of this story was bullshit.”

The slow, methodical way in which Reed builds to that double realization turns the final hour of Leaving Neverland into a punch to the gut. The effect is not unlike Jennifer Fox’s The Tale, a fictionalized account of the director’s own realization that a relationship from her childhood she had thought of as “beautiful” was predatory – and everyone had turned a blind eye.

Why do victims of child sexual abuse protect and defend predators? Both Wade and James say they always remembered what happened to them but could not accept that their experiences with Jackson were abusive. James admits he still has love for Jackson, but also feels deep shame.

“People look at me and see a grown-up, but mentally we’re little kids,” he says. “We’ve just gotten older.”

Like The Tale, Leaving Neverland suggests more than one thing can be true at the same time – a child can feel love for someone who abused them but that doesn’t mean it’s not abuse. This idea becomes analogous for fans who can’t square the image of Michael Jackson the genius pop star with the portrait of Michael Jackson the serial child sexual abuser. Both things can be true.