NowMagazineMovies & TVReviewsReview: Level 16 has shades of The Handmaids Tale but loses tension as more is revealed

Review: Level 16 has shades of The Handmaids Tale but loses tension as more is revealed 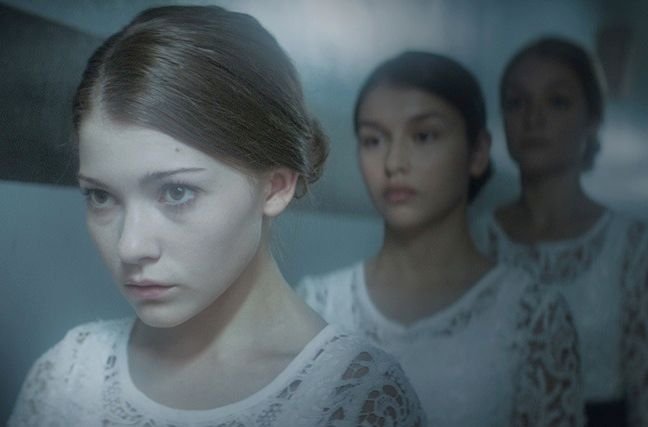 In an underground facility somewhere, young women are trained to be docile, obedient and respectful of men and punished for any transgression. They take their medicine on a strict schedule. They sleep a lot. They have never seen the sun.

Thats the world of Level 16, which we experience exclusively through the eyes of the girls who live in it particularly Vivien (Katie Douglas), who follows the rules so faithfully that she accidentally betrayed her friend Sophia (Celina Martin), which resulted in a terrible punishment. But now Sophia is back, and shes got information about the world beyond their isolated lives and maybe escape isnt as impossible as theyve been led to believe.

Is this a Handmaids Tale prequel, or something even worse? Thats the thread that Manitoba writer/director Danishka Esterhazy plays out for most of the film, focusing on the specifics of Vivien and Sophias existence lessons with the stern Miss Brixil (Sara Canning of The Vampire Diaries and A Series Of Unfortunate Events), checkups by the kindly Dr. Miro (Peter Outerbridge) and letting us figure out whats really going on.

Like a lot of current genre fare, Level 16 gets a little less interesting when it starts to reveal its machinery. Once we know whats up, the films climax feels fairly rote. But were still invested in the outcome, thanks to strong performances from Douglas (Mary Kills People, Every Day) and Martin (The Other Kingdom, Adventures In Public School), and the care Esterhazy takes in showing us the authoritarian world that shaped Vivien and Sophia.

Its an invented reality thats awfully easy to sell.