NOW MagazineMovies & TVReviewsReview: Like A Boss gets a poor evaluation 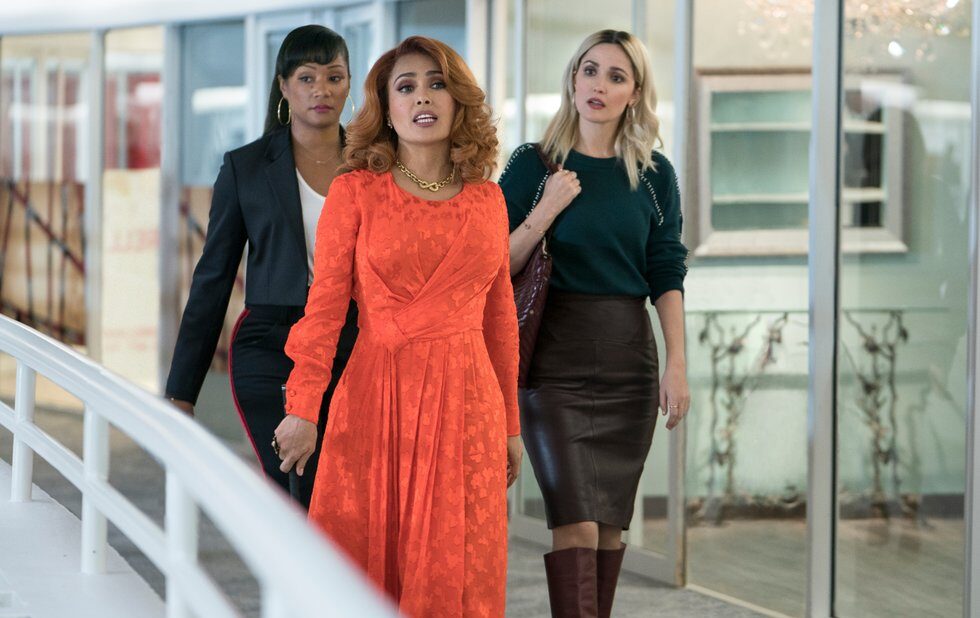 Salma Hayek swoops into Like A Boss like the Wicked Witch. Sporting bronzer, auburn hair and prosthetic teeth, Hayak’s outrageous looking Claire Luna owns a cosmetic empire, and she wants to buy a stake in a fledgling, debt-ridden boutique makeup company run by Tiffany Hadish’s Mia and Rose Byrne’s Mel.

Mia and Mel are business partners, housemates and BFFs. They could use Luna’s investment to cover their half-a-million-dollar debt. But the cosmetics queen has some curious terms. If Mia and Mel can’t remain friends, Luna will take a controlling share in their company. Those are the stakes in this adult-oriented comedy about female entrepreneurs, because women in business apply some poison apple/cursed spindle fairy-tale logic to contract negotiations, right?

That’s just one of many ways this faux feminist romp insults its audience’s intelligence and wastes its talented cast.

Byrne and Haddish are hilarious actors who broke out in the raunchy bachelorette comedies Bridesmaids and Girls Trip respectively. Pairing them is an inspired choice. Throwing in Pose’s Billy Porter as their dedicated employee is divine. Everyone has itty-bitty moments in Like A Boss when their comic skills and overall commitment shines through the material.

But the plot doesn’t make sense. The script doesn’t have jokes. And the director doesn’t seem to have a clue what to do with this movie set in the beauty industry, which drags all the talented people gathered around it to hideous new lows.