NOW MagazineMovies & TVReviewsTV review: Living With Yourself is a struggle to get through

TV review: Living With Yourself is a struggle to get through 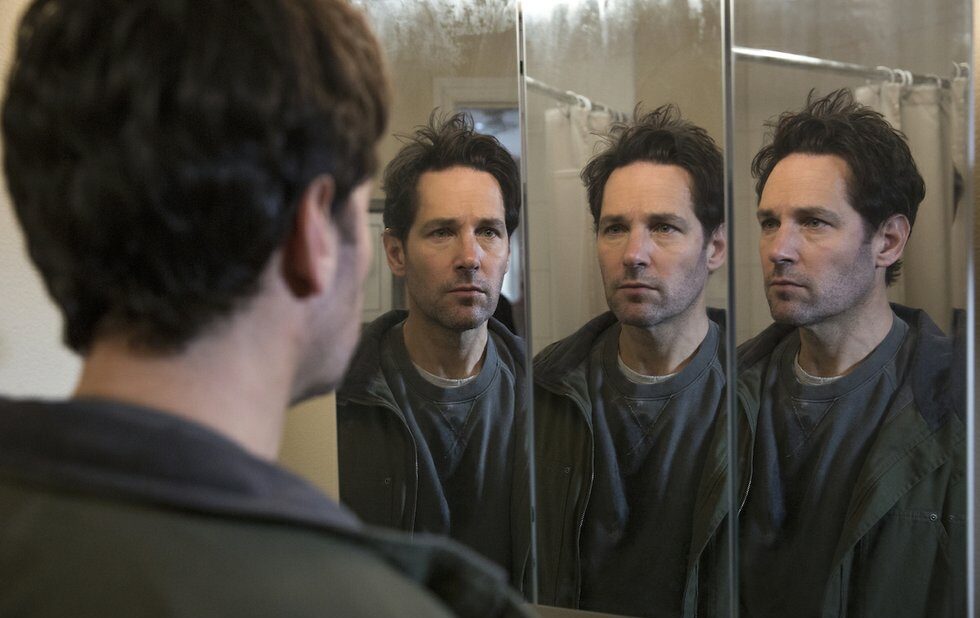 I think we can all agree that Paul Rudd is the best. He’s charming, he’s funny, he hasn’t visibly aged since the 90s, he single-handedly punctured the crushing gravitas of Avengers: Endgame… the guy’s a treasure. Who wouldn’t want to watch a Netflix series where he plays more than one character?

That’s the pitch for Living With Yourself, an eight-episode dramedy written and produced by Timothy Greenberg, a former writer and producer on The Daily Show With Jon Stewart, The Detour and Wyatt Cenac’s Problem Areas.

Rudd plays Miles, an affable if depressed marketing writer and husband who treats his midlife crisis by visiting a super-exclusive spa that promises to renew his body and mind. And it does, sort of: Miles is cloned, his new self sent into the world fresher and more confident than before. But an error in the process means the original Miles is still around and determined to confront the usurper in his job and marriage.

Living With Yourself is itself sort of a clone, the DNA of its plot having been harvested from the 2000 Arnold Schwarzenegger actioner The 6th Day. But in a genuinely daring move, Greenberg doesn’t supply a bad guy: there’s no evil geneticist pulling strings, and no nefarious sci-fi element at all.

Neither the original Miles nor his new self is a villain. Rather, they’re both decent, sensible people who decide the best way through this is to work together and keep his/their wife, Kate (Aisling Bea), in the dark.

Obviously, that doesn’t happen. Not much does, really. Despite all the shifts Greenberg employs to show us his story from multiple perspectives, Living With Yourself feels more like a proof of concept than a complete work.

Rudd is very, very good at subtly delineating the two Mileses, and the twinning technology is practically seamless. (Orphan Black fans may notice certain subtle advances in on-screen interaction.) But the tone is all over the place, as though directors Jonathan Dayton and Valerie Faris (Little Miss Sunshine, Ruby Sparks, Battle Of The Sexes) never figured out how to fully reconcile Greenberg’s mixture of domestic drama, existential comedy and corporate satire, to say nothing of its queasier SF potential.

Worse, any attempts at building momentum are undercut by the show’s habit of rolling its story back to show us what another character was up to in the same time frame as the episode we just watched.

It’s almost never anything we truly need to see, which left me wondering whether Living With Yourself was originally written as a feature film and hastily reconfigured to work as a series. It’d also explain why potentially interesting characters like Miles’s work rival (Desmin Borges) and oddball sister (Alia Shawkat) keep getting sidelined, and why it takes literally half the show for Kate to come into focus, much as the excellent Bea tries to flesh her out.

As much as I enjoy Rudd in just about anything, this was a struggle to get through. But hey, as disappointing clone projects go, it’s still better than Gemini Man.