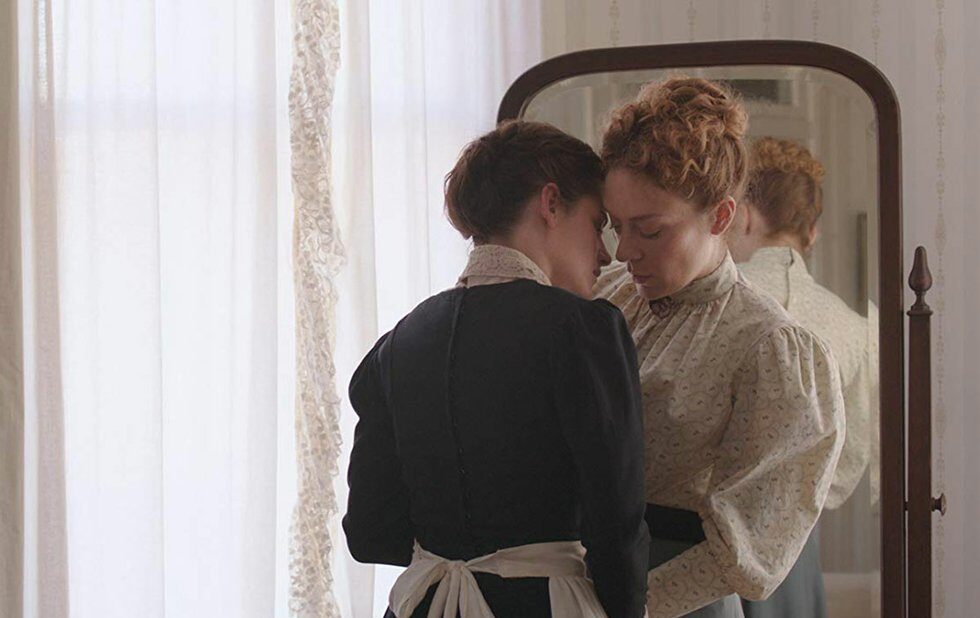 There are hints of an ambitious movie in Craig Macneills film about the life of cloistered New England woman Lizzie Borden, who was famously accused of murdering her father and stepmother with an axe in 1892.

Though not a lot is known about Bordens life, she continues to loom large in pop culture exalted as a feminist icon and obsessed over by true-crime fans. The latest screen adaptation, Lizzie, largely positions Borden as an empathetic figure who lashed out against patriarchy and Christianity, but under-developed character relationships and a tepid approach to the material fail to do justice to Chloe Sevignys nuanced lead performance.

Its especially a shame given Kristen Stewart, as the Borden familys mousy live-in maid Bridget Sullivan, injects the story with a heavy atmosphere of lesbian intrigue. (For all the movies flaws, the sex scene an hour into the movie, naturally still manages to feel like a 2018 queer cinema milestone.)

Opening with the discovery of the bodies and then flashing back, we watch as Lizzie (Sevigny) attempts to leave her upper-class family home alone for a night out much to the displeasure of her domineering father (Jamey Sheridan). At 32, shes considered old and it gradually becomes apparent her financial dependence on her family and unfeeling father has left her stagnant and angry.

Shes also contemptuous of her stepmother (Fiona Shaw), who lies silently in bed while her husband sneaks off to assault Bridget. Meanwhile, Lizzie forms a friendship with Bridget and encourages her to educate herself.

Men dont have to know things, she says distantly at one point. Women do.

Working from a script by Bryce Kass, Macneill confines the action largely to the Borden home, using framing of walls and doors to suggest the cruel and oppressive formalities of class and family. Perplexingly, the camera often keeps a distance from Sevigny, whose performance is reliant on subtle facial expressions that convey things unsaid. Stewart, meanwhile, is typically anti-expressive as Bridget. We dont really get inside either of their heads.

Moreover, Lizzies relationships with her parents especially her stepmom never reflect the complexity suggested by Sevignys performance. After promisingly establishing a mood early on, Macneill grows more concerned with plot machinations designed to pay off during a brief courtroom drama than the societal context the film is presumably critiquing. Gradually, it becomes more about the how than the why.

So when it builds to the bloody murder scenes, the eras repressive heaviness isnt deeply felt as the axe goes whack.