>>> Hugh Jackman has played the hairy superhero nine times, and in this swan song he once again finds the heart beneath the adamantium 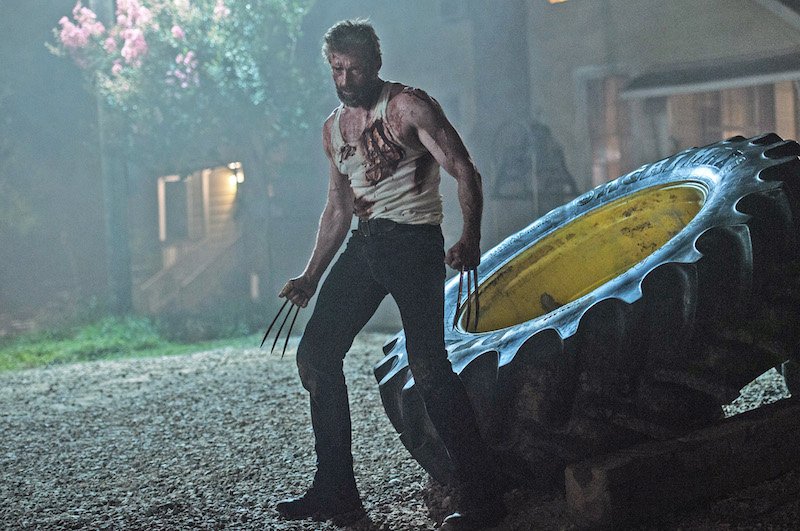 Logan ends with a Johnny Cash song over the credits. It’d almost be too on the nose, really, except that director and co-writer James Mangold made the Cash biopic Walk The Line, and if anyone has licence to drop in a track by the Man in Black, it’d be him.

Mangold also made The Wolverine four years ago, the last solo feature for Hugh Jackman’s perpetually cranky X-Man. With Logan, both the director and actor are saying goodbye to the character – and it’s the best send-off anyone could want.

It’s 2029, and the erstwhile Wolverine – whom Jackman has played nine times in all since Bryan Singer’s X-Men – is an older, emptier mutant. His vaunted healing factor is sputtering out, leaving him an exhausted, battered husk.

Spending his nights driving a limo around the American Southwest and his days in Mexico caring for a decrepit Charles Xavier (Patrick Stewart), Logan is once again pulled into a conflict he’d rather avoid when he becomes the grudging protector of a feral little girl (Dafne Keen) with abilities remarkably similar to his own.

Mangold approaches the story as a western, directly quoting Shane and referencing The Shootist here and there. But the film’s real roots are in the exhausted dystopian landscape of Alfonso Cuarón’s Children Of Men: everything’s over, everyone knows it, and the final judgment looms.

If you’re going to lean that heavily on one of the best films of the last two decades, you’d better deliver something worthy of the comparison – and Logan does. Sombre and thoughtful and finally willing to depict its hero’s carnage in bloody detail, this is an adult’s superhero movie, one that reckons with concepts like loyalty and responsibility and collateral damage in a way few others are willing to do.

And Jackman, who’s always been remarkably human in this superhuman role, is as good as he’s ever been at finding the beating heart underneath all that adamantium. I will miss the hell out of him.