Four-part Amazon series compellingly revisits a notorious criminal case from the 90s in the context of the #MeToo era, but could've gone deeper 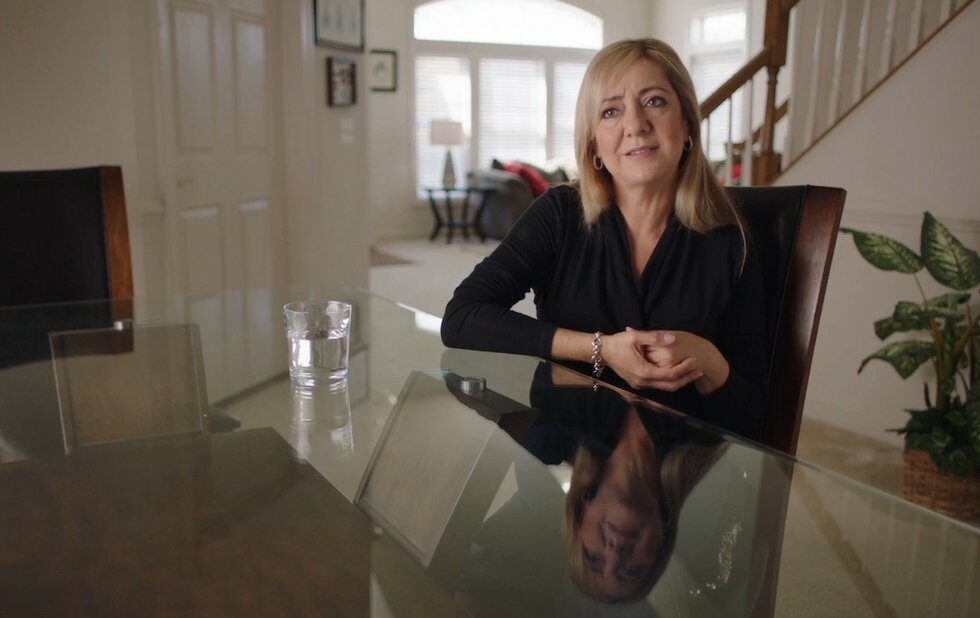 Following O.J. Simpson, Tonya Harding and the Menéndez Brothers, the trial of Lorena Bobbitt is the latest 90s tabloid news story to get a screen retelling.

If you had access to cable news in 1993 and 1994, you likely know the broad overview: Bobbitt, an Ecuadorian immigrant living in Virginia, cut off her husband John Wayne Bobbitt’s penis after enduring years of domestic violence. He was acquitted on a marital sexual assault charge and continues to deny her allegations. She was arrested for “malicious wounding” and plead not guilty by reason of temporary insanity.

Executive producer Jordan Peele and director Joshua Rofé’s documentary revisits the case in the context of the #MeToo era, zeroing in on how the media minimized the domestic violence accusations at the heart of the case.

The series opens on the night of the crime as officers search for John’s penis, which Lorena tossed out her car window after fleeing the scene. We learn responding officers were so horrified, they couldn’t say the word “penis” out loud and sat with hands over their crotches during her interrogation – details that speak to the level of repression in American society.

Rofé then recaps how the story blew up, using archival footage, reenactments and interviews. We don’t hear much from Lorena (who now goes by Lorena Gallo) in the first half. Rofé frustratingly withholds key details for dramatic payoff, belabouring the media circus – Whoopi Goldberg briefly pops up as an incredulous talking head – with reenactments that add little more than literal representations of what is described.

The most interesting part of the story is Lorena’s trial and how her defense approached its biggest challenge. Corroborating her allegations turn out to be the easy part, but proving she yielded to what Virginia law calls an “irresistible impulse” is trickier – and winds up hinging on a fortuitous turn of events.

The irresistible impulse defense underscores an aspect of sexual assault cases that is still under-explored: the nature of trauma. That’s captured plainly and painfully in footage of Lorena testifying in detail about being raped. The trial footage is the doc’s most compelling and, in a way, most damning asset. The real story was right there on TV, but people refused to see it.

By holding back Lorena’s present-day interviews, Rofé recontextualizes the sensational narrative we remember. But he also saps the first half of momentum, with all the most revealing details and footage loaded into the second half.

One effective reenactment hauntingly shows how the paparazzi would incessantly bang on Lorena’s door while she was holed up in her room alone at night. The way a trial can be retraumatizing for a sexual assault survivor is suggested in fragments in Lorena, but deserves more focused attention.

Her agent, Alan Hauge, provides insight into what it’s like to rep a famous domestic abuse survivor. But when he says he kept his client from anyone with an agenda, including feminists, it’s indicative of how the doc lets eyebrow-raising narrative threads hang loose. Earlier on, a lengthy but ultimately ambivalent sequence recounts a provocative Vanity Fair shoot he arranged for Lorena.

Conversely, a segment on how Latin Americans rallied behind Lorena thanks to community radio shows the power of grassroots media at its best.

Once Lorena’s trial ends, the final episode dwells on what became of John. He comes off like a pathetic attention-seeker, but the contrast between his schlubby demeanour and the heinous acts of violence he was accused of – during and after his marriage to Lorena – is chilling.

Lorena reclaimed her narrative and moved on, but John is stuck in the past, a point illustrated in a throwaway shot of his licence plate: DJTRUMP.

Given Rofé’s access to so many key players, this is the most definitive documentary version of this story we are likely to get. It’s a damning portrait of collective apathy that tepidly broaches deeper causes of repression and violence. Despite its scattered narrative, Lorena makes a compelling case that this sad affair was a bellwether for a too-slow cultural shift.