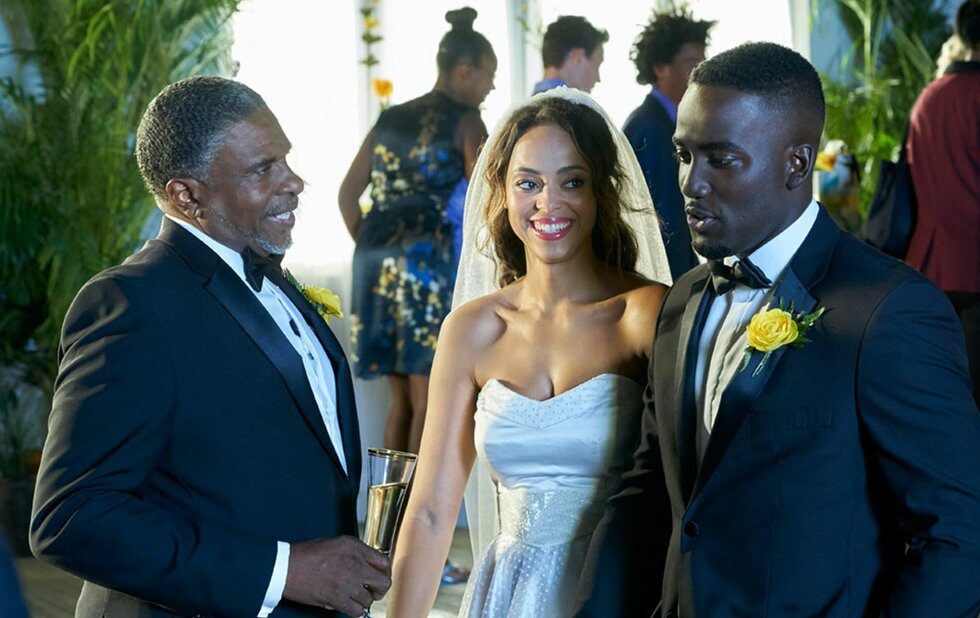 Shamier Anderson puts in the work to make Love Jacked as smooth and genial as he can. The native Toronto actor’s easygoing charms and comic timing are among the few elements keeping this silly rom-com from diving off a cliff.

He stars as Malcolm, a Canadian hustler who needs to hide out in L.A. from a vengeful former partner (Lyriq Bent). Malcolm finds that opportunity with Maya (Amber Stevens West, burdened with channelling the most shrewish Katherine Heigl performances).

She needs a man to pose as her South African fiancé, Mtumbie, because, for reasons that defy logic, she can’t just admit to her family that her rushed nuptials have been called off. Malcolm volunteers to see the deception right through to an actual wedding.

Once we swallow the preposterous premise, Anderson has the room to apply his charisma alongside amusing turns from Mike Epps as an uncle who claims to be an expert on all things Africa, and Keith David, whose eyebrow is kept raised like a tent at all the suspect behaviour around him.

But the chemistry is never there between Anderson and West, probably because the latter is stuck trying to make sense of a character written to repel sensible people and decisions. West makes a valiant effort, grinning awkwardly throughout the whole thing.