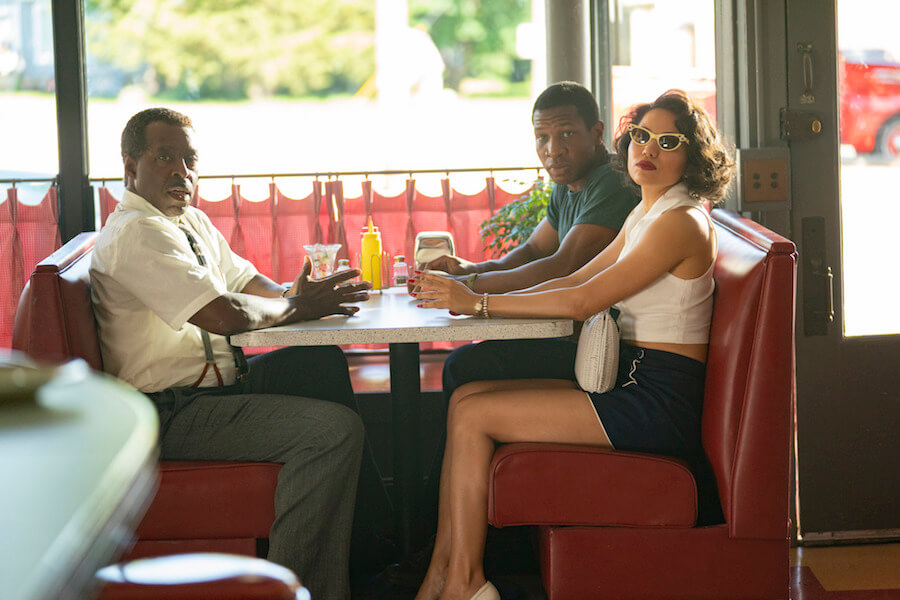 I should preface my review of Lovecraft Country by pointing out that the four-N rating above is strictly provisional, as only the first five episodes of the show were made available to critics. Assuming the latter episodes of the series are as great as the first, I’d be willing to go higher.

Boasting both J.J. Abrams and Jordan Peele as producers, and created by Underground creator Misha Green, HBO’s latest prestige series is pitched as the story of a Black veteran who travels across 50s America in search of his missing father.

That’s how it starts, anyway. It very quickly goes somewhere else, burrowing down into the hearts of its characters and the world that shaped them, whether they wanted it to or not.

Based on the 2016 novel by Matt Ruff, Lovecraft Country is a gorgeous, ambitious exploration of an America seething with old hatreds, and the original sin of racism is just one of them. Its heroes aren’t just metaphorically haunted by history; the ghosts here are very real, and very angry.

Showrunner Green has thought this all through very carefully, creating resilient, resourceful characters who’ve spent their entire lives trying to navigate a world designed to grind them down and then forcing them to confront an additional layer of monsters and magic that’s been denied to them all along: literally, white power.

Jonathan Majors (The Last Black Man In San Francisco) plays Atticus Freeman, whose quest takes him – and his uncle George (Courtney B. Vance), and family friend Leti Lewis (Birds Of Prey’s Jurnee Smollett) – from Chicago to a tiny hamlet in Massachusetts, where they confront beasts both human and otherwise.

The actors are up for it: Majors shows us the confusion and pain behind Atticus’s stoic façade, and Vance and Michael Kenneth Williams – who arrives in episode 2 – do their respective things with weight and care, but Smollett is a genuine force as Leti, whose confidence and strength prove very powerful weapons against a world (and an underworld) bent on corrupting or denying both of those things.

The premiere establishes the show’s amazing elasticity, whipping back and forth between crushing tension and fantastical threats; subsequent episodes play with tone and pacing, putting us in the heads of the disoriented heroes as their worlds spin around them. What’s going on here? Who can we trust? Is anything safe at all?

By the end of episode 3, you’ll be convinced Lovecraft Country could go literally anywhere – and believe me, you want it to. This is one of the wildest, most exciting projects of the year.