Review: Luba is a fine indie film that will stay with you

Real-life couple Nicole Maroon and Vladimir Jon Cubrt’s labour of love is a quiet, effective depiction of life at the poverty line 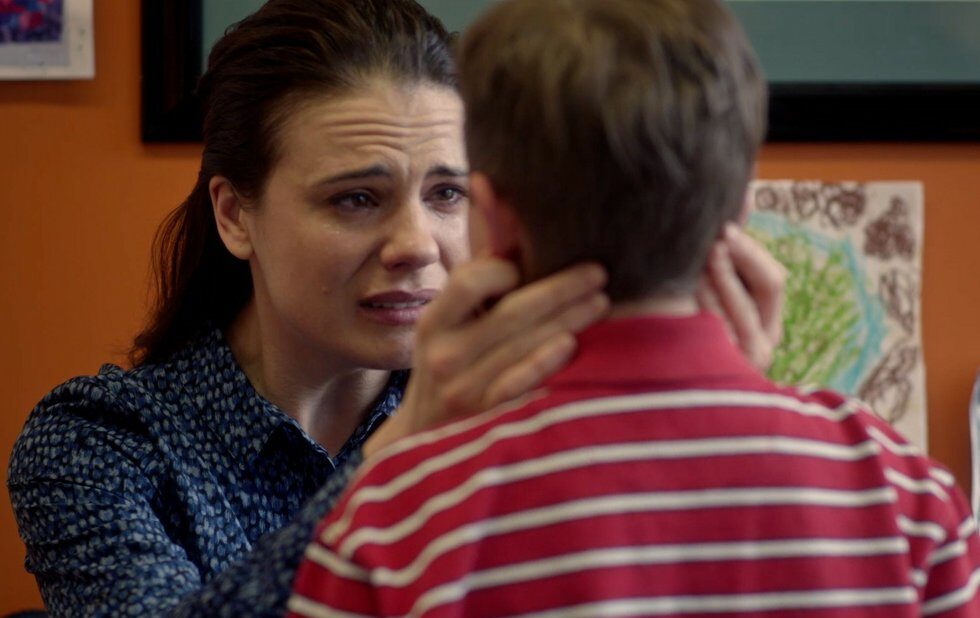 Luba is a drama about a young Toronto woman trying to get her life back on track while dealing with a difficult kid, an unstable ex and a lack of options. And if that sounds like something you’ve seen before… well, yeah, it probably is. But bear with me.

There are lots of movies and TV shows about single parents getting back up after the world knocks them down. It’s a solid premise, and one that can be folded into almost any genre. Kramer Vs. Kramer, Erin Brockovich, even The Babadook: not that they’re all the same movie, obviously, but they all start from the same place.

So does Luba, which stars Nicole Maroon as the eponymous mom, who’s doing her best to keep herself and her eight-year-old son Matty (Porter Schaefer) comfortable during a miserable Toronto winter. She’s behind on rent, she’s underemployed as a bartender but unequipped to do much else, and her ex, recovering addict Donnie (Vladimir Jon Cubrt, Maroon’s real-life partner), is showing signs of backsliding – which is causing Matty to act out. Things are grim. They’re going to get worse.

The film is a labour of love for Cubrt and Maroon. He wrote and produced it, and she has a co-producer credit. They’ve clearly spent a lot of time thinking about who Luba and Donnie are, and more important, who they were before it all went to hell. The movie opens long after they called it quits – Luba’s moved on, and dating a nice guy (Jim Codrington) – but we catch glimpses of the warmth they used to share when they wind up sitting on a couch together with Matty after a holiday dinner. Donnie isn’t a bad person when he’s not using, and Cubrt does a fine job of showing us the man Donnie could be if he could just stop making bad choices.

But Donnie does make bad choices, over and over again, and Luba has to deal with the fallout. Maroon plays Luba’s coping mechanisms as a kind of muscle memory, which is a nice touch: she’s been in this place for so long that she’s now pre-emptively apologizing for things.

But we also see Luba’s resilience in the way she refuses to be pulled into Donnie’s orbit, and in the way she makes new connections with people. Even if she’s not necessarily solving her immediate problems, she’s making progress in other ways.

There’s a specificity to Luba, and an admirable lack of histrionics that I found really interesting when I first saw the film at the 2018 Canadian Film Fest. The script and performances are grounded and realistic the emotional beats reasonably sized.

It’s a quiet, almost clinical depiction of life at the poverty line – how the world just sort of shrugs while people are struggling, and how the whole bootstraps thing only works if you have boots to begin with. It stuck with me.

I’m glad it’s getting a chance to be seen.