Review: Meeting Gorbachev is a pleasant but slight conversation between two titans 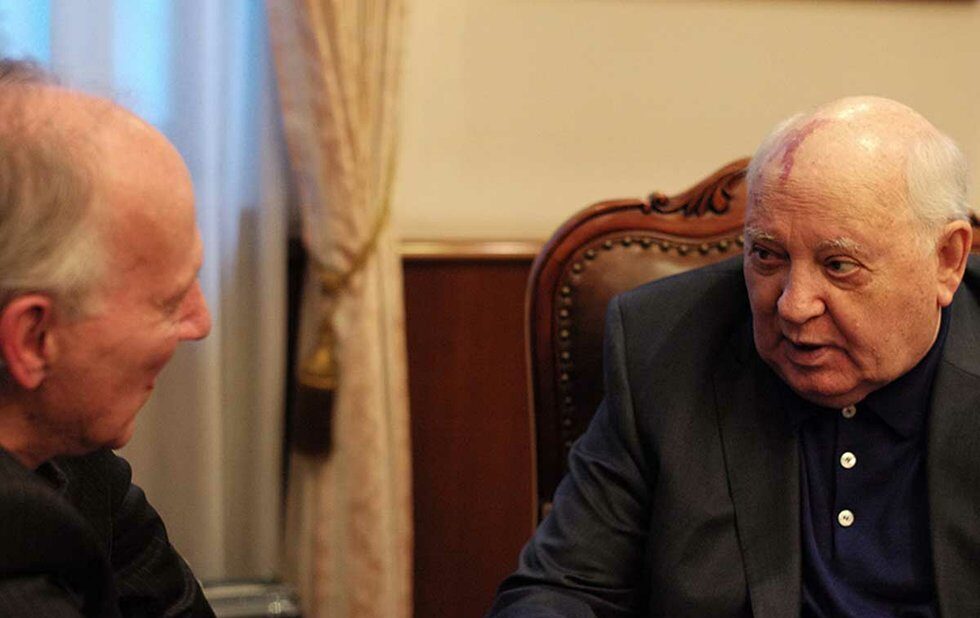 The title of Werner Herzog and André Singer’s new documentary is slightly misleading.

Yes, the beloved Bavarian filmmaker sits down for a pleasant chat with the man who ended the Cold War, but Herzog’s interview with Mikhail Gorbachev also serves as an examination of the moral rot within the Soviet Union that allowed Gorbachev to come to power in the first place.

The first half-hour of Meeting Gorbachev establishes the decades of corruption, double-dealing and political backstabbing that crippled the USSR – along with the blood and treasure wasted in Afghanistan – and made it possible for a reformer to rise through the ranks. (There was also the generally poor health of most senior Politburo members, rendered here as a series of state funerals always scored to the same piece of music.)

When Herzog does settle down with his interview subject – who, at 87, bears a remarkable resemblance to Ed Asner – the conversation ranges freely from political to personal matters. Herzog, as always, is an affable and curious interlocutor, and Gorbachev is engaged and on point when discussing his nation’s transition from Communism to capitalism, and the upheaval that came with it. He also opens up to an unexpected degree when discussing the loss of his wife Raisa, who died in 1999.

It’s a good interview, though not a great one – there’s a slightness to the whole thing, as if this was a nice diversion for both men between more important projects. The language barrier kills any chance of true spontaneity, and the filmmakers made the odd decision to include the dead spots while one participant or the other listens to the translation rather than cut around them.

Maybe Herzog and Singer thought it was important to show us the process of the conversation, but – as with the inclusion of a couple of other talking heads, including Lech Walesa, who was the president of Poland during Gorbachev’s rise – it just feels like they’re trying to get their film to feature length.