Review: Men In Black: International is an intergalactic dud 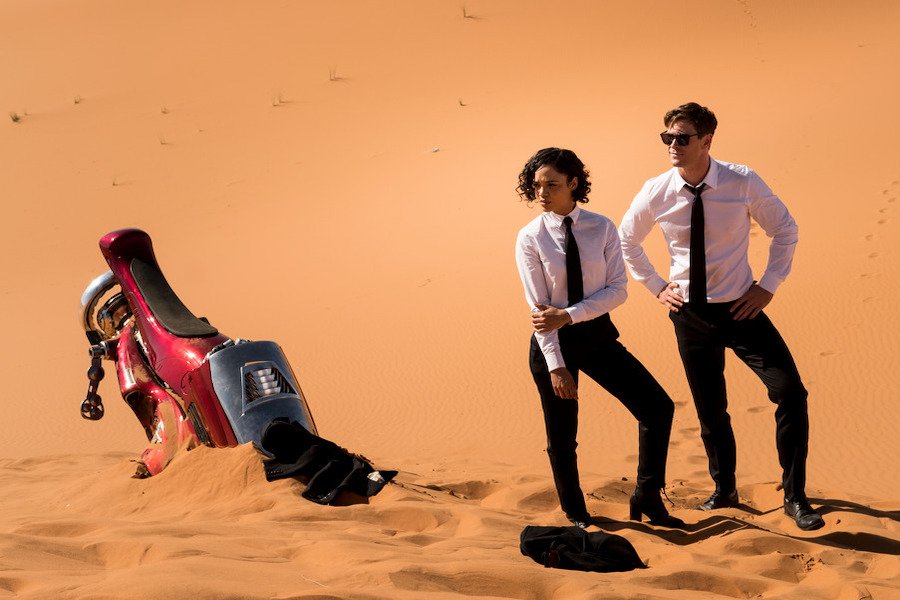 Barry Sonnenfield’s Men In Black, the 1997 sci-fi comedy about a secret agency policing intergalactic travellers, was always about Will Smith and Tommy Lee Jones, two personalities bouncing off each other, reducing the gooey aliens and chrome gadgets to mere accessories in their presence.

That seems lost on the makers of Men In Black: International, a reboot that pairs Chris Hemsworth with Tessa Thompson, but drowns them in intergalactic noise.

The two actors, with their comic charisma and cosmically good looks, worked magic together in Thor: Ragnarok. Nothing MIB International does can convince me they shouldn’t headline more movies, even if it almost completely wastes their talents.

Director F. Gary Gray’s MIB, written by Art Marcum and Matt Holloway, prioritizes clumsy plot beats and cheap spectacle over character and, as a result, gives Thompson and Hemsworth scraps to work with.

In perhaps the movie’s strongest section, we see Thompson’s Molly applying for a job that few realize exists. She had an extra-terrestrial encounter as a child, catching sight of the Men In Black. They didn’t know Molly was spying, so couldn’t wipe her memory with their neuralizers. Now she’s grown and all trained up to join the extra secret society, but frustrated during job interviews when recruiters at the FBI have no idea what department she’s trying to apply for.

But soon enough Molly finds the MIB and convinces their head agent (Emma Thompson) that she’s fit for the funeral director wardrobe. She’s hastily christened Agent M before being ushered off to London for an assignment where she teams up with Chris Hemsworth’s Agent H.

He’s a former rock star at the agency, credited with once saving the world, but has since been slacking while resting on his laurels. His latest assignment is serving as escort to a visiting alien who is treated like a Saudi diplomat entertained by the CIA.

There are gestures towards real-world politics and corruption in Marcum and Holloway’s script, which touches on the refugee crisis. But the movie doesn’t have the guts or the capacity to really deal with them. So instead a plot about visiting body snatchers seeking out intergalactic weapons of mass destruction simply lands as the usual tentpole ho-hum, distracting from Hemsworth, Thompson and Kumail Nanjiani’s attempts at finding a fun groove. The latter is a scene-stealer, doing voice work as Pawny, a thumb-sized, samurai-style critter.

We get a sense of what this movie could have been when Pawny, M and H are stuck in the desert midway through the movie. The three bicker in a relatively calm moment there are no blue explosions in sight and the overarching mystery isn’t even a passing thought. The fun personalities drown everything out, which is how an MIB movie should be.