Review: Midsommar is a better relationship drama than horror film 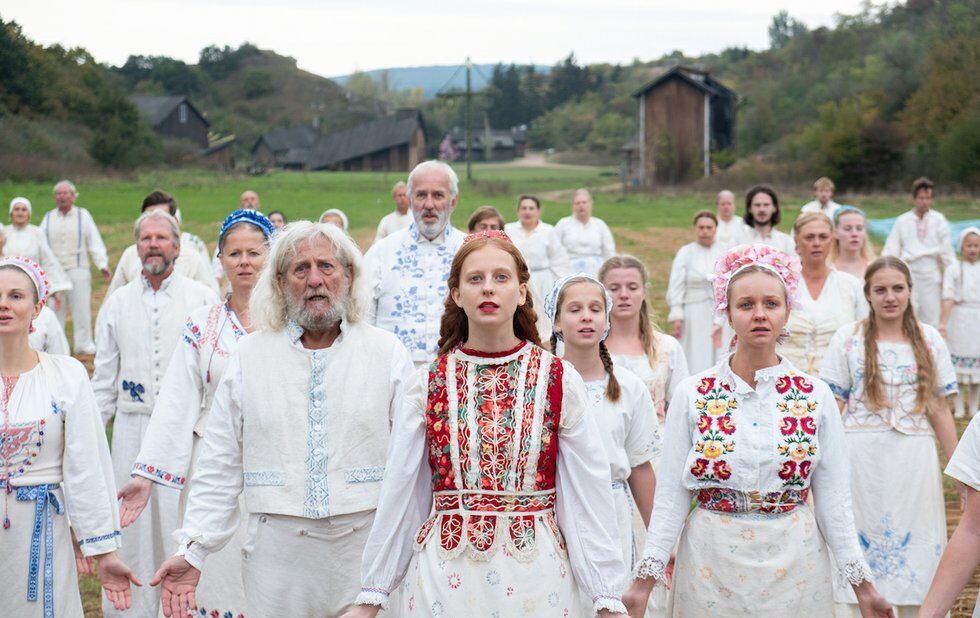 Ari Aster’s Midsommar is two movies, really – a relationship picture, and a horror film. The writer/director has helpfully narrowed the genre down further to “folk horror,” which can (and does) conjure images of young women in flowing peasant dresses gamboling gaily around the maypole while elders read runes and prepare something sinister in a nearby shed.

Don’t think about that just yet. Think instead about the other movie inside Midsommar, which is the one you should care about: an exquisite dissection of toxic masculinity and American entitlement, tracing the disintegration of a relationship in excruciating emotional detail.

This is the thing Aster does best, as you will recall if you caught his breakout debut Hereditary last year. He makes movies where the source of the greatest horror isn’t a demon at your window, but the sense that your loved ones have arranged to feed you to it.

Midsommar casts Florence Pugh (Lady Macbeth, Fighting With My Family) and Jack Reynor (Free Fire, Sing Street) as Dani and Christian, two doctoral students who’ve been dating for four years and who probably should have stopped a while ago, but for a devastating tragedy that kept them together.

When Christian and his fellow scholars (The Revenant’s Will Poulter, The Good Place’s William Jackson Harper) are accompanying a colleague, Pelle (Vilhelm Blomgren), back to his native village in Sweden to witness their fabled midsummer festival, Christian sorta-kinda invites Dani along, and she sorta-kinda agrees the next thing we know, all five of them have made the journey to a massive, secluded field a long way from Stockholm, tripping on mushrooms supplied by some awfully welcoming townsfolk. This will not end well.

As was the case with Hereditary, Midsommar starts with an atmosphere of ambiguous, oppressive dread but loses much of its mojo once it reveals its true intentions Hereditary took about an hour to get to that point, but this movie spells everything out much earlier: hell, just look at the poster and you know precisely what sort of experience this is going to be.

At two hours and 20 minutes, Midsommar is ponderously slow, giving us plenty of time to simply watch Aster’s script hit its marks and wonder why his characters – who, given their field of study, must have seen at least one version of The Wicker Man – take so long to figure out what’s happening around them. Maybe they’ve been drugged into complacency, but more likely Aster just wants to savour every beat of the story, to luxuriate in his setting’s sun-dappled beauty and hint at the nightmare lurking underneath. He’s here for the rituals, after all, and Midsommar does its best to lull the audience into a similar state of woozy displacement, telling its story in long, visually complex shots that distract us with strange things happening in the distance or in the corners of the frame.

But for those of us who are familiar with Midsommar’s points of reference, the relationship drama has far more impact. Pugh is a tremendous screen presence as Dani, a young woman who’s clawed her way back from months of profound grief only to slowly realize her boyfriend is a lesser man than she’d hoped he’d be. I’ve been following Pugh’s career since she turned up in Carol Morley’s The Falling, and it’s thrilling to see her carry a film the way she does here.

Reynor’s a brilliant scene partner for her, matching Dani’s apologetic disappointment with a sort of Teflon dickishness as Christian, constantly making bad choices and refusing to own up to a single one of them. He’s the embodiment of white privilege, going through the motions of courtesy and protocol while simply taking what he wants Reynor establishes the superficial charm on which Christian’s coasted for his entire life, then lets us see how useless it is in the face of a culture that doesn’t really care what he has to say.

That storyline is far more compelling and moving than the other one, to the point where I found myself wishing Aster had gotten rid of the sacrificial rituals and mutilated bodies and just focused on the story’s emotional stakes. If you need all that other stuff, Midsommar has it by the bucketful just be aware that it’s a distraction from the real horror.