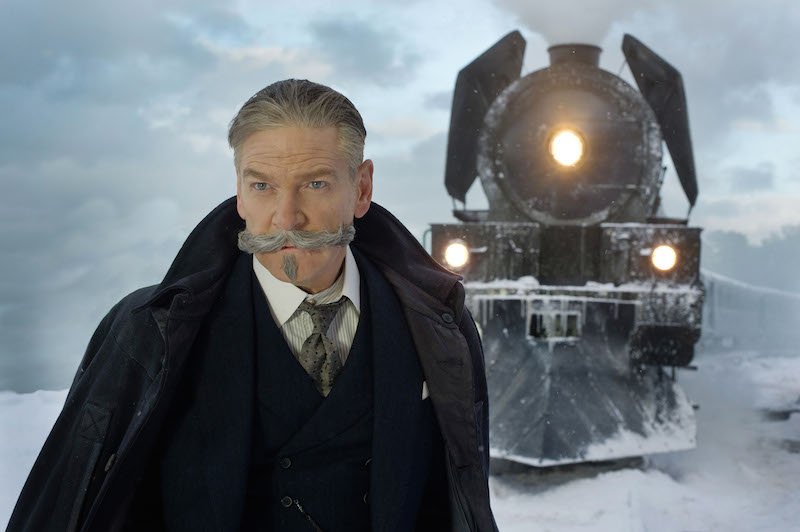 Im not entirely sure I see the point of a new adaptation of Murder On The Orient Express. But I didnt mind sitting through it in the slightest.

Kenneth Branaghs film in which the producer/director casts himself as Agatha Christies master detective Hercule Poirot, and plays the role with surprising restraint (other than that moustache) is a refreshingly uncampy adaptation of the mystery, which tasks Poirot with divining the truth behind a nasty stabbing in a locked compartment on the eponymous conveyance.

There are a dozen suspects, and at least as many motives. The train is also snowbound, so no ones going anywhere. All they can do is await rescue, talk and try to suss out who the killer is… and whether there might be another victim.

Never one to miss an opportunity to dazzle, Branagh has shot this movie in 65mm, working in that gorgeous format for the first time since his gargantuan full-text production of Hamlet in 1996. As on that film, Branagh luxuriates in the costumes and sets, but watching Murder feels less like homework. Screenwriter Michael Green has compressed Christies text into a brisk 115 minutes without losing much atmosphere or texture.

And where Sidney Lumets 1974 film was hobbled by a certain archer-than-thou stuffiness, its cast competing with one another to find the right notes of plummy self-parody, Branagh gets his co-stars among them Judi Dench, Johnny Depp, Willem Dafoe, Daisy Ridley, Olivia Colman, Penelope Cruz, Michelle Pfeiffer, Derek Jacobi, Josh Gad and Leslie Odom, Jr. to take the material seriously, which makes for a much easier watch. There is no irony but that which the characters bring with them. The movie respects the material, and honestly I stopped thinking about the moustache about 40 minutes in.

Does the world need a massively expensive adaptation a property barely familiar to anyone under 40 and a narrative people only remember for its inspired solution making the entire affair something of an anticlimax? I dont know. But the performances are lively, the action moves well and the whole thing looks marvellous.

God knows there are worse adaptations of Christie out there.