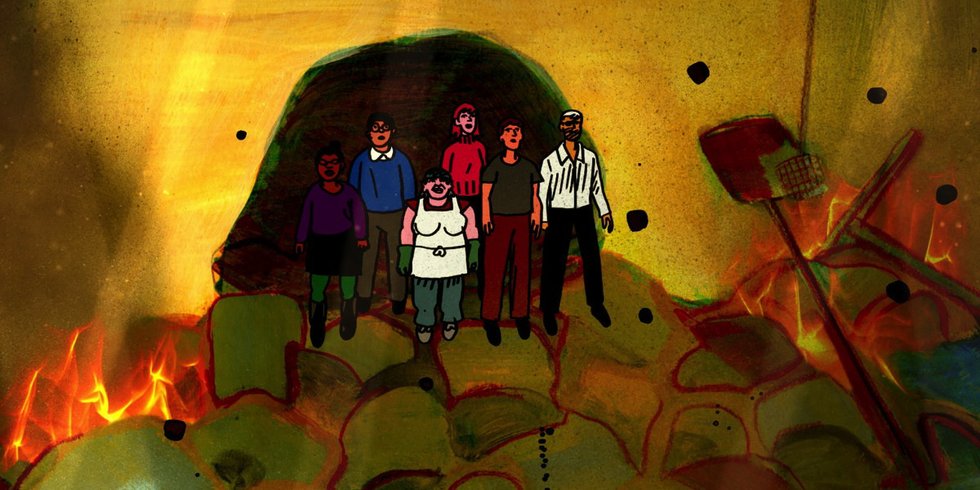 The feature debut of animator and cartoonist Dash Shaw, My Entire High School Sinking Into The Sea plays like a hipster graphic novel brought to life. I don’t mean that as an insult.

There’s an obsessively bespoke quality to the whole affair, an insistence on Shaw’s own artisanal authenticity that extends all the way to his naming the movie’s hero after himself. Except that the film’s Dash – voiced by Jason Schwartzman – is a whiny, self-absorbed dick, and Shaw hopefully isn’t.

The fictional Dash is one of the few people who sees the titular disaster coming and does his best to survive the aftermath, Poseidon Adventure-style, accompanied by a few classmates (Reggie Watts, Lena Dunham, Maya Rudolph) and the lunch lady (Susan Sarandon).

That’s pretty much the whole thing, which Shaw renders with goofy, half-assed charm and the occasional burst of surreal comedy. I liked the tiny sharks a lot.