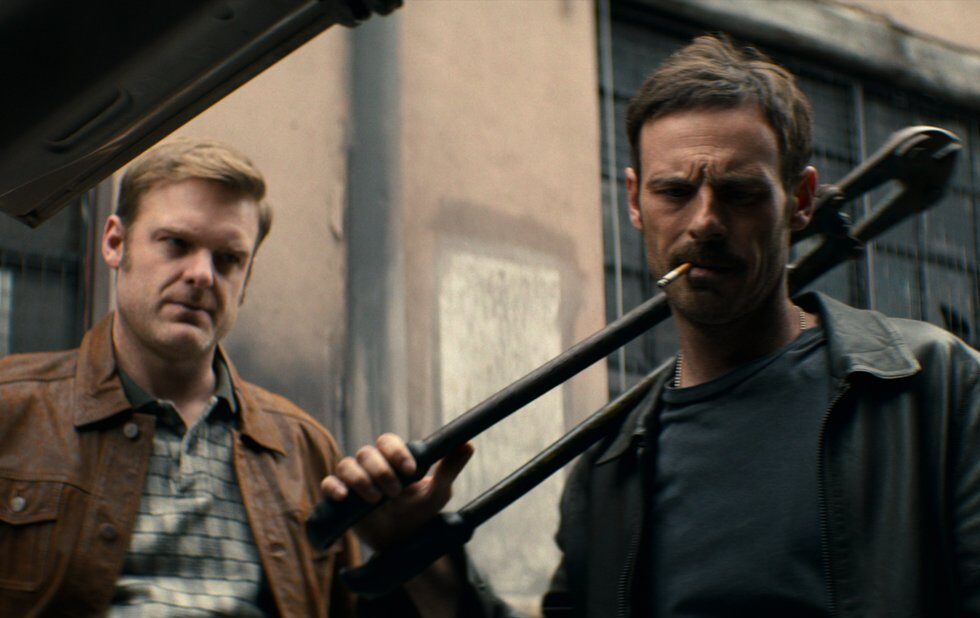 Narcos has settled into a groove. The series can often feel repetitive and prescribed, cycling through shootouts and executions that punctuate scenes in which men (and sometimes women) brandish their cojones. Dick-swinging swagger is a Narcos staple. So many chest-puffing DEA agents, cartel bosses, corrupt police and FBI agents trade big words in mano-a-mano standoffs.

There’s an unsettling affect to all this posturing. I’m becoming numb, not just to the swagger but the horrifying violence, which is more often than not drawn from real events.

And things will only get worse. The series is still racing to catch up to the cartel violence Mexico is seeing today. The record high 35,588 murders in 2019 brings the death toll to over 200,000 since the Mexican government declared war on the cartels in 2006.

Narcos: Mexico takes place in the 80s, when the seeds for what’s happening today are still being sewn. In this season, El Chapo, whose daughter recently enjoyed a high-profile wedding, is still a lowly enforcer called Chapito (Alejandro Edda). But we’re beginning to see how he becomes the infamous Sinaloa cartel boss we read about in headlines. We also see how he got his knack for digging tunnels.

But for now, Narcos: Mexico primarily follows the DEA and Félix Gallardo (Diego Luna), or El Padrino, the former cop who united local narco bosses under him to build a cross-country cocaine network known as the Guadalajara cartel. In the last season, DEA agent Kiki Camerena (Michael Peña) sounded the alarm on Gallardo’s rising empire. For that Gallardo’s goons sentenced Camerena to death by torture.

Scoot McNairy narrated last season’s events in-character as Walt Breslin, the agent who leads the DEA’s response to Camerena’s death in the new season. Like the operatives in Steven Spielberg’s Munich, his covert squad work to abduct the men responsible for torturing Camerena, engaging in the aforementioned dick-swinging monologues before extracting information, and moving up the ladder to disrupt Gallardo’s intricate cocaine network.

That plot makes for a sexy logline to sell the season. But it’s not all it’s cracked up to be. McNairy gives a fine performance, but his Breslin feels like a spare tire compared to what Pedro Pascal gave us as the jaded but dedicated DEA agent working the Colombian cartels in the first three Narcos seasons. Pascal has since moved on to play the Mandalorian on Disney+.

Despite having the dirtier job, McNairy’s Breslin and his boy scouts are a bit too tame. They’re on a revenge mission. And yet the second episode finds them arguing about whether they can allow the unrepentant man who tortured Kiki Camerena for over 30 hours to die. The debate comes off like a morality play for the audience’s sake.

Narcos has been reliably cynical when it comes to the U.S.’s involvement in the drug wars and the writers are happy to rub the audience’s noses in America’s tactical and moral failures. This season doesn’t back away from exposing corruption in the CIA and Washington. The Iran-Contra affair is built into the plot. Breslin and his team’s attempts at staking out a moral high ground feels disingenuous and leaves me wondering whether the series is losing its critical edge. Then again, the American characters are more or less negligible in this series. Like the title suggests, it’s all about the narcos. 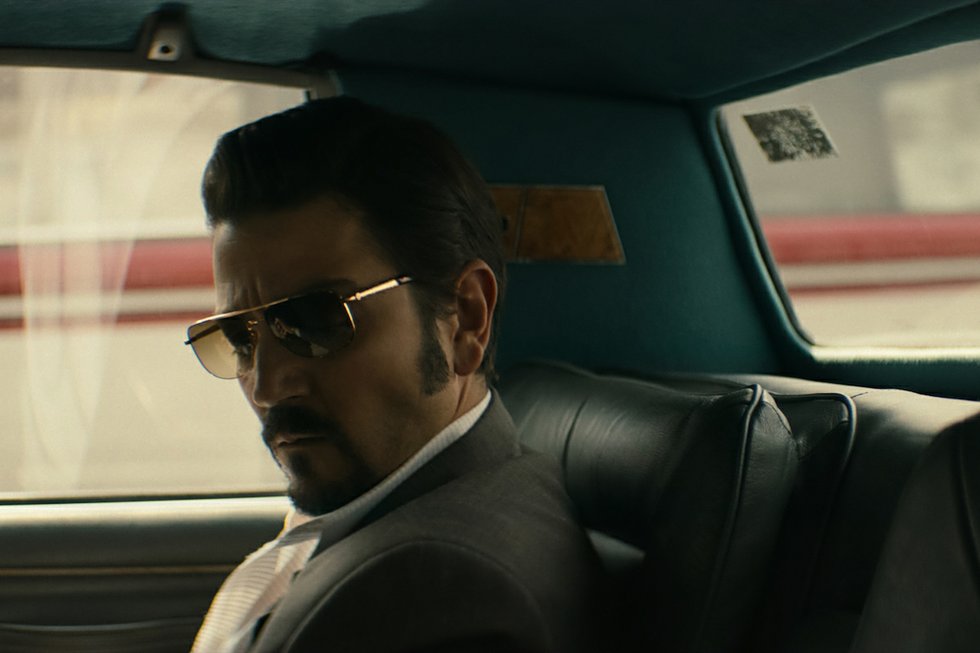 Luna has the unenviable challenge of playing the focal point of the series. His character seems meek walking in the larger-than-life Pablo Escobar’s shadow, but that’s exactly where he draws his strength. Gallardo doesn’t puff his chest or relish in mic drops. As such, nobody ever sees him coming.

Gallardo is far more fascinating this time around. If the last season tried to make him seem like the nice cartel boss – as though the the blood on his hands was regrettable and unavoidable – this one chips away at that façade. He’s a businessman with a gentle demeanour. But he’s also more ruthless than any other boss, barely raising a pulse when he orders the most unconscionable execution.

At its best, Narcos: Mexico recalls The Godfather Part II, with Gallardo recalling Al Pacino’s Michael Corleone. His success backs him into a lonely corner because his ambition outlasts his intimate relationships. And his most intriguing relationship is with Mexico.

As a series, Narcos has always excelled at illustrating a cartel’s rocky relationship with its country’s politics and labourers. Building trade routes is work for both Gallardo and the political party in charge – and both parties hold hands while clearing a path for arms deals, election meddling and NAFTA.

Nobel laureate Mario Vargas Llosa coined the term “perfect dictatorship” to describe Mexico’s PRI party, which held the presidency for over 70 years. Narcos draws parallels between the PRI and the Guadalajara cartel, finding similarities in how they operate and how they’re infiltrated. While doing that, Narcos suggests that an enterprising individual like Gallardo is a metaphor for Mexico.