Rashid Johnson's film adaptation directly addresses the criticisms of Richard Wright's classic book about racism in America, but the result is uneven 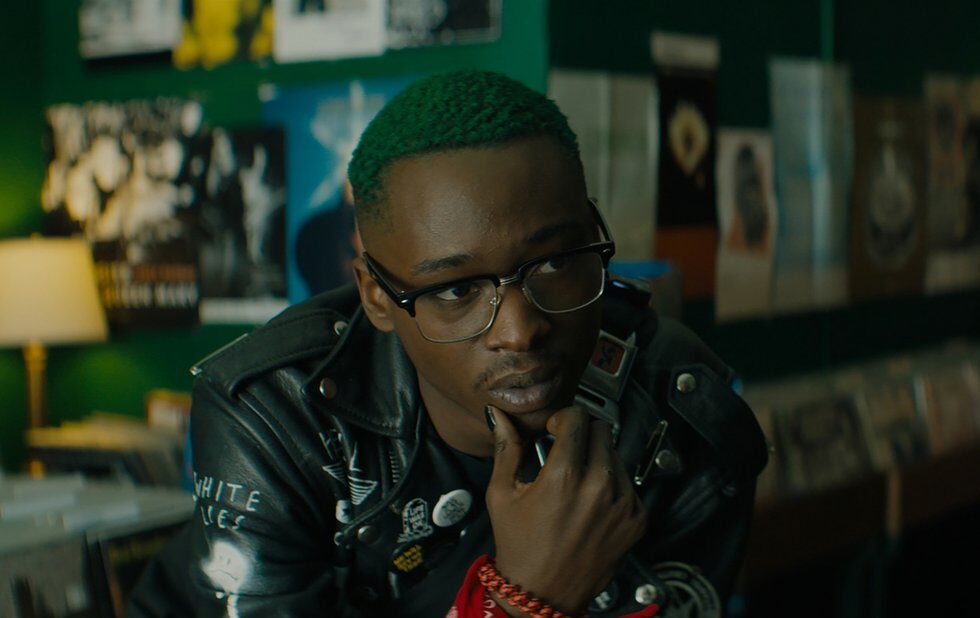 How do you adapt a polarizing literary work on race and the Black American experience amidst the heated political climate of 2019?

Richard Wright’s 1940 novel Native Son tells the story of Bigger Thomas, a 20-year-old Black man living in a poor Chicago neighbourhood who becomes caught between worlds when he takes a job with a wealthy white family. The story is designed to expose the pervasiveness of systemic racism and how the crimes Bigger commits are an inevitable consequence of a divided society: he’s damned if he does, damned if he doesn’t.

James Baldwin famously despised the book, comparing it to Harriet Beecher Stowe’s Uncle Tom’s Cabin and accusing Wright of using dangerous Black stereotypes to pander to white readers. Director Rashid Johnson, a visual artist making his feature directorial debut, and Pultizer Prize-winning playwright Suzan-Lori Parks tackle that criticism in updating the story from the 1930s to the present, and the result swings wildly in tone between heavy-handed and stylishly subtle.

As in the book, the movie opens in the Thomas family home with Bigger (Moonlight’s Ashton Sanders) reimagined as an Afro-punk rocker with a green dye job, painted nails and a record collection that equally emphasizes Bad Brains and Beethoven. He is pensive and soft-spoken, but aggressively kills a rat and taunts his family with it before heading out to work as a bike messenger.

Through internal narration, we learn his view of society is deeply cynical. “They hurry around like rats thinking they’re in a groove but they’re in a rut,” he says in a voiceover while traversing Chicago. When his friend Tony (Lamar Johnson) tries to bring him in on a robbery, he rebuffs with a line typical of the way Parks’s script seems to use Baldwin’s criticisms to inform Bigger’s character: “I’m not interested in being a part of some least common denominator, stereotypical negro shit.”

The film moves slowly at first, taking time to set up a sweet (but not entirely drama-free) rapport between Bigger and his girlfriend Bessie (KiKi Layne, of If Beale Street Could Talk) and show how he is viewed as an outsider because of his punk style. “Instead of acting like a real brother, you’re running around looking like a fucking clown,” his drug dealer friend Gus (Jerod Haynes) says.

When Bigger lands a job as a live-in driver for one-per-center Henry Dalton (Bill Camp), he is eager to succeed but is immediately latched on to by Dalton’s daughter Mary (Margaret Qualley), a sanctimonious liberal who attends Occupy rallies (in the book she was affiliated with communism), denounces her father as a capitalist and has zero qualms about being driven around town by a personal chauffeur.

Mary might as well have “problematic” tattooed on her forehead. Similar to the book, this film seems like it is primarily aimed at white audiences as the story shifts to showing the ways so-called “woke” liberals like Mary and her slightly more aware boyfriend Jan (Nick Robinson) fetishize Black people. When the couple insists Bigger take them to his neighbourhood bar, they ignore his obvious anxiety, and Mary is oblivious when her cultural tourism causes personal complications for Bigger.

In addition to creating a visually seductive atmosphere to draw viewers into Bigger’s interior world, Johnson elicits a subtle performance from Sanders that ensures each of Henry, Mary and Jan’s micro-aggressions are deeply felt. Such moments are inevitably followed by didactic dialogue or narration (including the definition of double consciousness) that undermine Sanders’s quiet strengths as a performer. It’s probably necessary for some viewers, but the audience hand-holding comes off like an admission that Johnson hasn’t fully established Bigger’s point of view. Native Son is most powerful when it relies on its cast to show the visceral impact of everyday racism, and Sanders proves he is quite capable of moving between self-possession, restraint and abject fear without sacrificing nuance.

The instigating crime comes way late, the intensity and amount of violence is toned down, a rape scene is excised completely and the new ending ensures Wright’s sadly timeless message hits hard with a painfully ironic and timely twist for modern audiences.

In the past year there have been great movies (Sorry To Bother You, Widows, Black Panther, the Baldwin adaptation If Beale Street Could Talk) that have tackled the insidiousness of racism in very different ways while also creating fulsome lives and worlds for characters to inhabit. Native Son’s message is important, but its approach occasionally feels throwback.