Netflix series about real-life Crazy Rich Asians living in L.A. is a bit deeper than other lifestyles of the rich and powerful shows 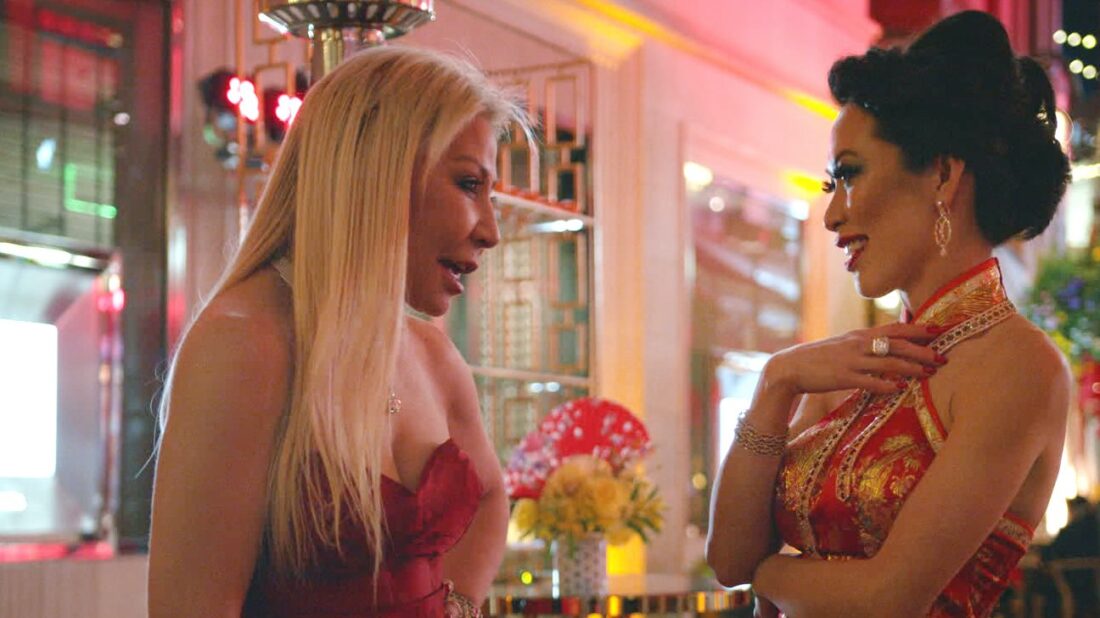 Anna Shay (left) and Christine Chiu battle for the crown of queen of Asian-American high society in Bling Empire.

With anti-Asian racism in the news and millions sick or out of work because of the pandemic (which a certain former president called “the China Flu”), I’m not sure releasing a series about Botoxed, pampered, outrageously wealthy Asians partying in L.A. is a good idea. On the other hand, it might just prove a much-needed distraction from bleak reality.

The eight-episode Netflix show Bling Empire is being marketed as Crazy Rich Asians set in the U.S. – and the blockbuster movie is referenced in the opening scene. For anyone who’s kept up with the Kardashians or the Real Housewives, its look at the lifestyles of the rich and powerful will be familiar. These people just like bubble tea and leaving your Louboutins at the door.

But what distinguishes this show from those others is that there’s an outsider figure who’s not one of the 0.1 per centers – a Nick Carraway, if you will, to everyone’s Gatsby and Daisy. That would be Kevin Kreider, a Korean-born model who grew up in an adoptive family in Philadelphia and has recently been allowed into this rarefied world via his best friend Kane Lim, who knows everyone who’s anyone in the west coast Asian-American scene.

Kevin, who takes off his shirt to display his chiselled abs at any opportunity, is our stand-in as he gawks at personalized visits from Dior reps, impromptu shopping trips to Vegas and professional photo shoots for spoilt one-year-olds.

Like most lifestyle reality shows, much of the drama feels manufactured and is about power struggles, gossip and breaches of etiquette.

Battle over the crown

As Kane points out early on, Christine Chiu – the Taiwan-born wife of a famous Beverly Hills plastic surgeon who’s a direct descendant of Chinese emperors – is the current queen of Asian high society. So when Anna Shay, the half-Japanese, half-Russian daughter of a billionaire, returns to the scene, it may signal a messy battle for the crown.

And boy does it ever. The ongoing fight involves a diamond necklace, awkward dinner party seating arrangements and a couple of intentionally incorrect party invitations.

There’s drama with the other characters as well. Kevin is questioning whether he should locate his birth parents, while Kim Lee – a Vietnamese-American DJ – is wondering whether she should track down the father she never knew.

Meanwhile, Christine is debating whether she should have a second child, which her husband desperately wants, while Cherie Chan – whose family owns a denim empire – is dealing with both the recent death of her mother and the birth of her second child.

Oh yeah, and then there’s drama about a penis pump found in Anna’s Bel Air mansion.

Most gripping of all is the story about Kelly Mi Li, an entrepreneur whose dysfunctional, codependent relationship with actor Andrew Gray sends up all sorts of red flags among her Bling Empire friends. This storyline has caused some viewers to insist the show should include a trigger about abusive behaviour.

There’s enough drama to almost distract you from the fact that we seldom see any of these people doing anything besides shop, eat, go to parties and set up shots for their Instagram followers. Do any of them read a book? Watch TV?

What saves the series from total superficiality, however, is the fact that, as in Crazy Rich Asians, there are intriguing themes about things like tradition vs. modern life, respect for one’s elders and saving face.

The bossy couture queen Christine is set up as the Bling Empire villain, but it’s hard not to feel sorry for her when she reveals the difficulties she’s had with her strict, traditional in-laws who chastised her throughout the decade she never bore them a grandchild.

I also lost count of the number of times superstition comes up in the series, whether it’s consulting a shaman, a palm reader or a psychic.

It’s nice to know that even people with zero money problems are curious about their future.